"A stick and a firm hand," the recipe of Rajoy and the regional governments 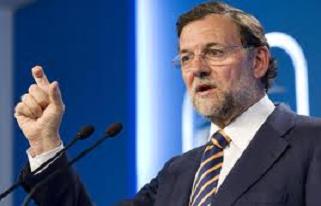 By Jorge Calderón, a high-school teacher and militant of Clase contra Clase, in the Spanish state

The Spanish bourgeoisie, whether through the Partido Popular (PP) central government or the regional governments, has entered into an "unrestrained spiral," by cutting absolutely everything. The slogan is clear, cuts must be made, and for those to whom it occurs to protest and oppose these attacks, "a stick and a firm hand." The government of the Partido Popular, headed by Rajoy, has launched a race against the clock, to attack basic rights won throughout decades of struggle. With pressure from the markets and the European Union (EU), especially Germany, constantly on to carry out these cuts, to avoid a possible bailout, which, despite the measures taken, seems closer and closer, there is not a week or a day, that they fail to announce a new attack on us.

Towards a privatized education, for the elites

To the most restrictive budget since democracy has now been added a new, extra cut of some 3 billion euros. This "saving" was achieved with measures like increasing teaching by 2 hours for the faculty, increasing the number of pupils per classroom, freezing wages, shutting down programs of assistance and educational support, and nearly total elimination of teacher training, among others. Furthermore, for university education, the government has announced an increase in rates, that in some cases exceeds 60%, the elimination of courses with fewer than 35 students, the need to eliminate university centers, the drastic reduction of positions, the massive cut of scholarships and their being connected, almost exclusively, to academic performance.

In health care, the reduction is still more serious. The government wants to copy the US model of health care directly and thus put an end to what had been, for the Spanish bourgeoisie, one of the great gems of the state, the Spanish Health Care System. Here are 7 billion euros that they want to cut, with one series of drastic measures: Beginning now, retirees will have to pay for part of their medicines (that were free until now), while all other people will pay according to their wages, without considering any other determining factor, like chronic illness or social situation. A "health co-payment" will be started, that involves paying for orthopedic prostheses, the ambulance that carries the patients who need dialysis, and, it is proposed, as now happens in Catalonia, charging for a medical consultation, or the days of hospitalization. Finally, and this is the most serious, immigrants who lack either an employment contract or a residence permit, will be left without a health card, that is, without medical assistance. Moreover, young people older than 26, will no longer be able to get free medical assistance; up to now, they had their father’s card, and it is unclear what will happen to divorced women who have never worked. These measures are in addition to others, like the wager on private management of the hospitals or the closing of some medical centers, that have already caused deaths in some places. As we see, if you are foreign, an unemployed youth (and youth unemployment is more than 50%) or a separated woman, if you are seriously ill, they will give you emergency care, but, from then on, look out for yourself.

Reactivating the struggle against the attacks

In view of all these attacks and many earlier ones, like the Labor Reform that imposes free and almost gratuitous layoffs, society has begun to stand up, especially the two groups that are being attacked most seriously, and that are better organized, the working class and the student movement. On the day of the strike, March 29, we were thousands and thousands of workers and youths, who mobilized against the Labor Reform and the cuts. The widespread strike in industry, the increase in the radicalism of the picket lines and especially the massive demonstrations, indicate how the struggle against the attacks is beginning to grow rapidly. After the success of the strike, the mobilizations have not ceased, and, this May Day is anticipated to be one of the most militant in recent years, since even the union bureaucracy itself, of the UGT and CCOO, has found itself forced to maintain its policy of confrontation with the government, begun on March 29, because it has realized that government has no intention of retreating from its attacks. To this is added the group mobilizations in education and health care (the six days on strike of the teachers of Valencia and demonstrations throughout the country next Sunday, April 29).

The government pulls out its firm hand

Obviously, the government is being thoroughly used to confront this response in the street and, as we said at the beginning, it is launching a policy of "a stick and a firm hand." Both the central government, and that of Catalonia, have undertaken a campaign of repression and persecution of those who struggle, such as has not been seen since the final years of the Franco dictatorship and the subsequent Transition. Hiding behind the violent incidents that took place, especially in Barcelona on March 29, it has begun a relentless persecution, against everyone that dares to go out to fight. Right now, the situation is dramatic: 3 university students have spent a month in preventive detention; they have just sent the Organizational Secretary of the Catalan CGT to prison; trade unionists from the UGT and CCOO have been arrested; hundreds of students, including 14 year olds, have been detained, and along with them, hundreds of other militants. A month after the General Strike, hundreds of people continue to be imprisoned, because of what happened on March 29. To this is added the closing of the borders during the Summit of the European Central Bank (which will take place in Barcelona next month) and the creation of a web network on which the police put up photos of militants, so that "the population will identify them," and to be able to arrest them. As if that were not enough, a reform of the Penal Code includes a sentence of three years in jail for "passive resistance" (that is, a simple sit-in on the street).

The government has declared war on workers and students. They want to put an end to everything, to leave us without anything. They want us, who cannot study, to die from hunger, and, if we fall ill, not to have the means to pay for our treatment. Furthermore, they want to avoid, at all costs, that there should be any opposition and struggle against these attacks. To that end, jailing, repressing or, in the extreme case, killing young people, students, workers, and even union leaders, whether they are from the bureaucracy (UGT and CCOO), or from the union left (CGT), doesn’t matter to them [the government]. Because of all that, from Clase contra Clase, we have raised a big campaign against repression, and for unifying the struggles, from the unions, leftist, human rights’ and students’ organizations, that will condemn the the attacks made up to now and those that are being prepared for the future, and, with demonstrations, funds for resistance, networks of lawyers and every type of action, will confront this offensive that promises to force us to go back decades, as far as rights and democratic liberties are concerned, and in order to win the immediate release of all those arrested, and trial and punishments against those guilty of repression.