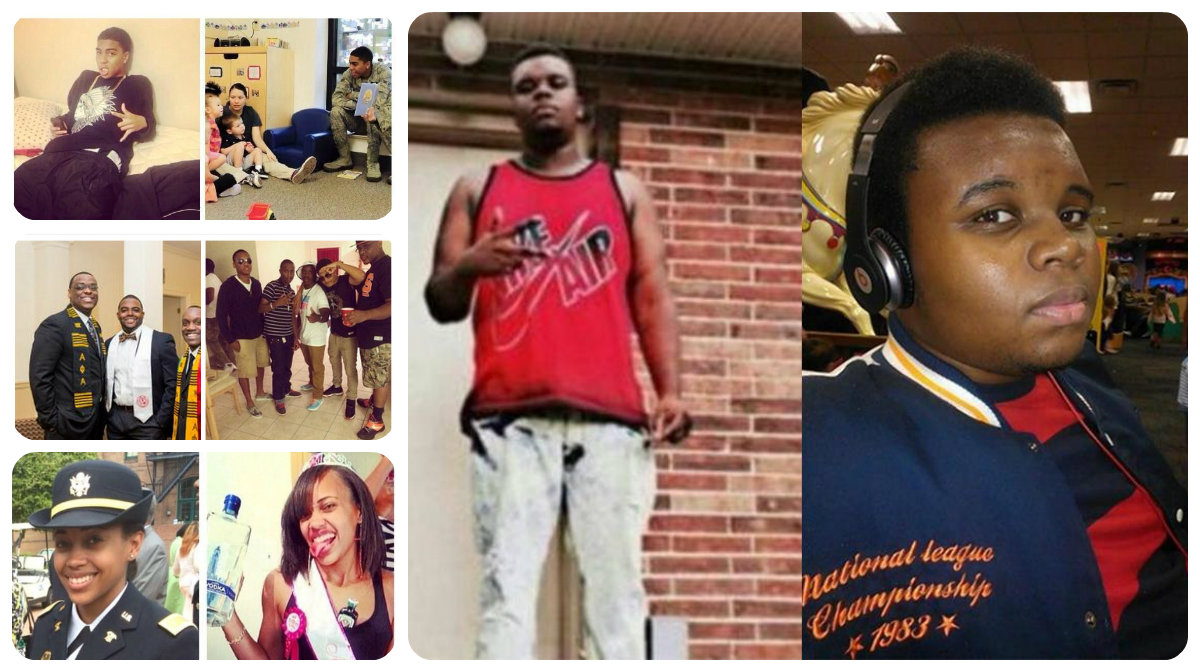 US: Being black and young continues to be a crime

From the blog "Do the evolution, do the revolution" http://teseguilospasos.blogspot.com.ar/

After 4 days of protests, dozens of arrests and two people wounded by the police (one of them in critical condition), anger continues on the streets of Ferguson, a small place in the state of Missouri. "No justice, no peace," "Hands up, don’t shoot," "Where is Mike? Everywhere!" are some of the slogans of the mobilizations and protests unleashed by the murder of Mike Brown.

On Saturday, August 9, in the city of Ferguson (Missouri, US), a cop murdered the African American teenager Mike Brown, 18 years old. The police stated at the beginning that Brown had attacked the police officer, but all the witnesses claim that the young man was unarmed, and they shot him when he had his hands in the air (an obvious sign to show that one is unarmed). Mike had recently finished high school and was getting ready to enter university the following Monday.

Since Sunday, August 10, there have been protests in the city. The police repressed the march of relatives and friends and arrested several people. This only caused more outrage, and on Monday the protests began again, to which the police responded more harshly. The FBI announced that it will investigate the murder, and the Mayor found himself forced to ask for an independent investigation.

A year ago, the legal system acquitted the murderer of Trayvon Martin, also African-American; the killer is white, a local vigilante, from the state of Florida. In 2013, thousands of people mobilized against this scandalous verdict. The impact was such that Obama himself referred to the case: "If I had a son, he would look like Trayvon."

The city of Ferguson has a long history of racism: during 2013, out of a total of 521 arrests, 483 were African Americans (92%), when the black community represents 63% of the local population. Although African Americans are almost 70% of the city, both the Mayor and the Chief of Police are whites, just like 5 of the 6 members of the local City Council. For this reason, Brown’s murder ignited outrage. On Monday night, the police repressed the demonstrations, established a virtual curfew, and ordered journalists to withdraw from the city.

The murder of Brown again confronts the reality of a deeply racist society. A sign of this was the treatment by the media, that chose a stigmatizing photograph, where Brown is making a gesture associated with negative images (also produced and reproduced by the media), and not one of his recent graduation from high school. This precipitated a wave of repudiation, especially among black young people, that set up the hashtag #IfTheyGunnedMeDown, and they wonder, "What photo would they use?"

Despite the advances that the winning of civil rights in the 1960’s signified, the African American community is the poorest, the majority in the jails, and its young people are undoubtedly the overwhelming majority of the victims of police brutality. When the injury to Trayvon Martin is still open, the illusion of the "post-racial" society in the Obama era has vanished; a new young man is murdered, to remind the world that the United States is a profoundly racist society.