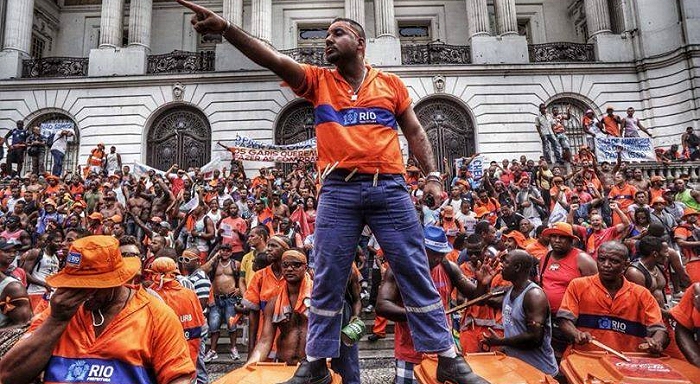 Enormous Victory of the Street Cleaners in Rio de Janeiro