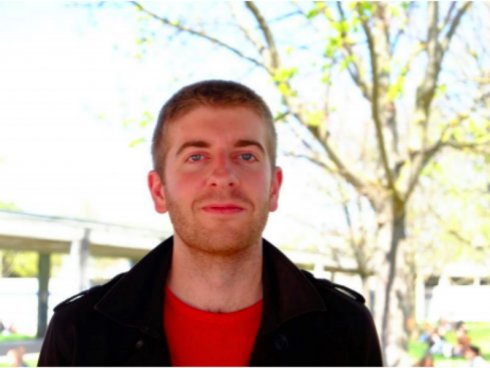 On Wednesday, April 1, the French justice system sentenced Gaëtan, an art history student from Toulouse, France and member of the Nouveau Parti anticapitaliste (NPA - New Anticapitalist Party), to two months in prison with a further four month suspended sentence and an 1100 Euro fine, for taking part in a demonstration called to denounce the death of Rémi Fraisse, killed by a grenade launched by riot police on October 26, 2014.

From the day that the outrageous sentence against Gaëtan and other protesters was known, a powerful international campaign was launched to demand "Don’t send Gaëtan to prison" and to defend the right to demonstrate in France.

The verdict against Gaëtan and other protesters takes place in a context of escalating repression and criminalization of social movements in France, with the expulsion of the protest occupation at Sivens (where demonstrators had for months been protesting against the construction of a dam), with the city of Toulouse increasing its militarization at every demonstration and banning a meeting in support of the Palestinian people. The French Government, which has set itself up as the guarantor of freedom of expression after the Paris attacks against the Charlie Hebdo magazine, is the same government that today wants to send young people to prison for the simple act of demonstrating.

The "democratic" discourse of the French authorities is only a facade used to legalize their attacks and their military interventions in the Middle East and Africa. They want to enforce a repressive climate against anyone who challenges them because they know that, after years of economic austerity, mobilizations and workers’ strikes are likely to reemerge.

As in other parts of the world, the French justice system is quick to sentence and convict demonstrating protestors, while it upholds the impunity of police officers guilty of the murder of Rémi Fraisse and other trigger happy police who shoot at young people in the poorer suburbs.

The powerful campaign against Gaëtan’s prison sentence has achieved the support of major trade union, social and political figures from France and several other countries. These include Front de Gauche leader Jean Luc Mélenchon, filmmaker Ken Loach (a member of Left Unity in Britain), the Trade Union & Socialist Coalition (TUSC) of Britain, workers on strike at Radio France and Latin American parliamentarians such as Luciana Genro and Marcelo Freixo of the Party of Socialism and Freedom (PSOL) in Brazil.

In Argentina, national deputy Nicolas de Caño presented a draft resolution in the national Chamber of Deputies that condemned the sentence handed down to Gaëtan. Nicolas De Caño is a member of the Partido de los Trabajadores Socialistas (PTS – Socialist Workers Party), a part of the Frente de Izquierda y los Trabajadores (FIT - Left and Workers’ Front). PTS-FIT leader and provincial deputy Christian Castillo will move a similar resolution in the Chamber of Deputies of the Province of Buenos Aires.

On March 9 a delegation of parliamentarians and representatives from social and human rights organizations, led by members of the Left and Workers’ Front, went to the French Embassy to express their total condemnation of the prison sentence given to Gaëtan and their opposition to the criminalization of the fundamental right to protest.

Victory for this campaign would twist the arm of the French State in the fight to defend basic democratic freedoms such as the right to demonstrate. The results that have been achieved so far, as demonstrated by the support gained at the international level, are an example of what can be accomplished by once again taking up the internationalist tradition of the workers’ movement and the left.