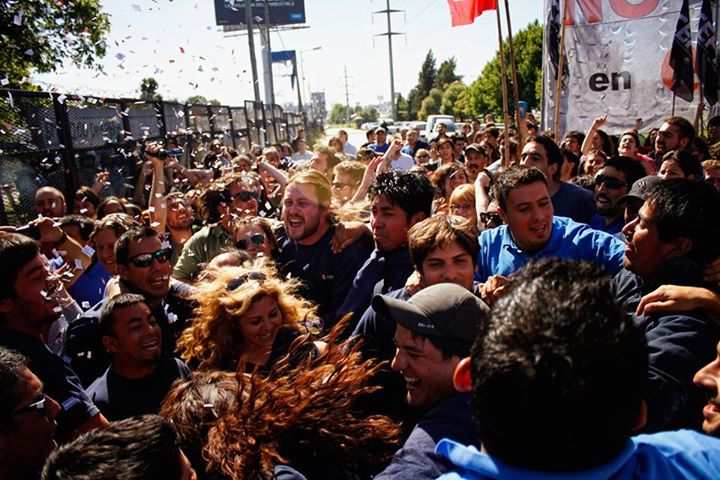 Lear workers’ delegate Rúben Matu announced today that, after 4 hours of maneuvering by the company, and the workers were forced, once again, to block the Pan-American highway and after negotiations with the arbitrator sent by the Ministry of Labor, the fired workers of Lear returned to their jobs and their reinstatement was formally recognized. Finally, management complied with last week’s judicial order. As expected, the company tried every method possible to avoid compliance. Management closed down the factory early for the holidays and refused to pay salaries retroactively as ordered by the judge and by law. He added, "It is a huge win for us that today, the workers who fought for their jobs for six months without pay will be reinstated. These workers rejected buy outs by the company, sustaining themselves with the solidarity fund that was raised by thousands and thousands of workers, students, unions, human rights organizations and others."

This January 19th, when vacations end at the plant, we will return to work together with the reinstated workers, whether the company and the SMATA leadership, which did everything possible to keep the workers out of their jobs, like it or not.