Between the threat of intervention and the weaknesses of the imperialists 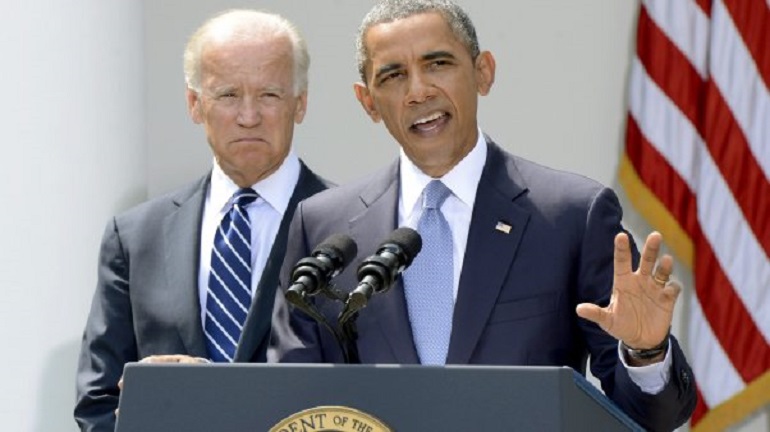 After Obama had established the use of chemical weapons as a "red line" for a military intervention in Syria, and after the August 21 attack, with what, it is presumed, would be that type of weaponry in a neighborhood on the outskirts of Damascus with hundreds of dead, that was attributed (still without proof) to the Assad dictatorship, the US President was in a very delicate situation. The intricate geopolitical interests that, these days, have their main and bloody setting on Syrian soil, and that include from the big imperialist powers, like the US, France, England and the State of Israel, up to Russia, Turkey and Iran, have left Obama at the crossroads. Either he carries out his military threat against Syria and faces the risk of being like a new Bush, who makes up excuses to attack countries according to his own imperial interests, or he remains inactive, deepening his already obvious weakness to contain this regional crisis under way, that is about to enter its third year.

A unilateral operation with a high political cost

The "international consensus" on attacking Syria without UN endorsement is almost nonexistent and is reduced to the government of the US, France and the State of Israel. England, their historic big ally in war adventures, had to stay out, after the opposition in Parliament of the MP’s of the Labour Party (the party of former Prime Minister Tony Blair, who has no progressive or humanitarian traits, only concrete electoral political interests) and a part of the Conservative MP’s (who are by no means progressive either), who are the basis of Cameron’s own government. Ban Ki Moon, Secretary-General of the UN, declared that he is opposed to a military intervention, until the results of the investigations that his experts carried out last week in the war zone, are known.

Russia, Assad’s big ally, with veto power in the UN Security Council, is opposed, together with China, to authorizing a military attack as well as any type of sanctions, like those economic sanctions that the European Union and the US have been implementing. Internationally, there also exists overwhelming opposition to US intervention, in public opinion, most notably in England and in the US itself, where only 25% would approve of an attack, if it were confirmed that Assad used chemical weapons against the population.

It is for this reason that, after the first threats that Obama made, after August 21, to launch a military operation, he had to back down partially and consult Congress, seeking some legitimacy, as well as sharing responsibility for the offensive with the Republican Party opposition. Before traveling to the G20 summit, he got support from the Speaker of the House of Representatives, the Republican John Boehner, and from Nancy Pelosi, the Democratic Party Minority Leader. However, congressional approval is not assured, since both chambers are split; many legislators are opposed, so that they won’t have to pay the political cost in front of their voters. While the right-wing isolationist Tea Party has already announced its vote against any type of intervention, the Republican "hawks," headed by John McCain, would vote in favor, but with a plan of more profound military intervention, that would include the overthrow of Assad.

The plan of attack and its political objectives

The draft resolution that is already circulating among the Representatives and Senators, and that must be approved by next week, at the latest, establishes that the aim is not a regime change, but substantially weakening Assad’s military capacity, to force him to negotiate. The attack would consist of an air raid with missiles launched from the US fleet, against the main Syrian military installations, and, according to reports, it explicitly blocks the use of soldiers on the ground. In this way, it is attempted to dispel comparisons with the wars and invasions of Afghanistan and Iraq, that ended in two separate failures, both on the military terrain and in politics, and they accentuated the decline of US hegemony

But the attempt at a limited military intervention has risks. Assad’s army has already been changing its military centers for weeks, and it could keep its defensive capacity, frustrating the main US aims. Possibly, Assad could even try to carry out his threats of "setting fire to the region" if he suffers an attack, by affecting, for instance, Israel or other countries, with which the crisis would take a leap of unpredictable consequences.

The opposition and the Syrian "rebels"

The aim of the US, with a limited military action, is to change the balance of power on the ground, without overthrowing Assad, and thus force Russia and Iran to support a negotiated solution. This plan has, as a background, the heterogeneous nature of the Syrian opposition and the impossibilities that it would face, in order to form a stable post-Assad government.

In Syria, the intervention of imperialism and the regional agents, had, from the beginning, the aim of diverting the "Arab spring," by militarizing the popular uprising against Assad, that threatened to spread throughout the region, by pushing a bloody civil war. A battlefield for the geopolitical interests of different actors, Russia included.

Behind several of the factions in struggle is the financing and direct support of Turkey, Saudi Arabia or Qatar, with the approval of the US (that is operating directly from Jordan) and France, that made public the sending of arms to groups of the opposition. The opposition is marked by different interests and is not unified. It goes from a secular group, bound to the West, that has asked for a direct imperialist intervention since the beginning, a moderate Islamist group that depends on the support of the Gulf monarchies and Turkey, like the Free Syrian Army (collaborators with imperialism, but with contradictions among them), up to a radical Islamist group, connected with Al Qaeda.

This creates a lot of uncertainty about the viability of the regime that could replace the dictatorship and the risk of a Libya-type scenario, where, after Khadafi’s departure, the rebel groups compete for power in a bloody struggle, and political instability remains.

No to imperialist aggression. For the revolutionary downfall of Assad

We revolutionary socialists of the PTS and the FT reject any imperialist intervention, since it would constitute a harsh blow for the workers and the oppressed peoples of the whole world. At the same time, we reject the talk of groups like the followers of Chávez and Castro, that oppose imperialist military intervention by defending Assad as if he were an "anti-imperialist." Nothing could be further from reality. No democracy nor liberation comes from imperialism. We are for the revolutionary downfall of Assad’s bloody dictatorship, with the workers’ and popular mobilization, independent from the bourgeois and pro-imperialist opposition.