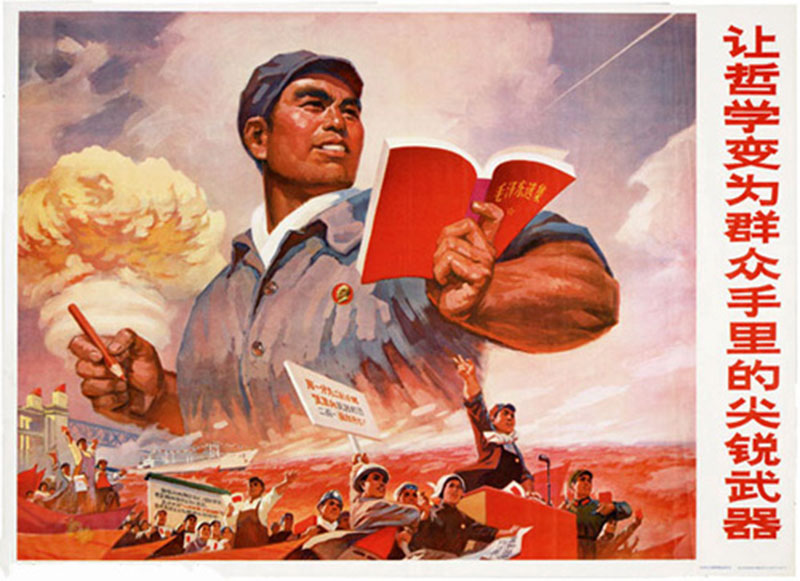 At times when the youth of Hong Kong have rebelled, when the echo of this movement can resound in other hot areas of the periphery of China like Xianjiang, and in the context of the constant increase of the workers’ struggles, an internal debate within the Chinese Communist Party (CCP) is exploding publicly days before a key meeting.

Red Flag Manuscript, a fortnightly published by the Communist Party journal Qiushi, published, at the end of September, an article by Wang Weiguang, President of the Chinese Academy of Social Sciences (CASS). In his essay, aimed at defending the doctrine of the party, Wang maintained that "the class struggle can never be eradicated in China."

Quickly, the following day, the daily paper run by the state, Global Times, came out in opposition, saying that Wang’s idea should not be seen as the party’s line. But it agreed that the class struggle had not been surpassed, although now tensions are being resolved through the framework of the law and the courts.

A week later, a more virulent attack arrived: the party made a "leftist error" by adopting the class struggle as its guiding philosophy, an error that led to the tumultuous Cultural Revolution and held back the country’s economic development, according to the essay published by Study Times.

"We would not have achieved our accomplishments if we had not corrected the leftist errors and changed our focus," says the same article, quoting a comment of the supreme leader Deng Xiaoping, made in 1985.

This debate over whether the class struggle continues to exist in continental China has been christened with the slogan, "One party, two publications." The ideological dispute contrasts two leading publications of the party,Qiushi ("Seeking the Truth"), the party’s theoretical journal, and Study Times, a key production of the Party’s Central School.

Qiushi is known for its more conservative views, whileStudy Times was pretending to be a more liberalizing vision. What is new and ironic is that just before a crucial meeting of the leadership, the Fourth Party Plenary in Beijing, October 20-23, in which subjects that affect the country’s future will be discussed, those opposed points of view are coming to light.

When in 1978, Deng Xiaoping, the leader of the Chinese pro-capitalist reform, began the pro-capitalist change of direction, after Mao’s death in 1976, Deng preferred not to attack Mao’s theory, for fear that in doing so, he would damage the the party’s image and its legitimacy to govern.

Deng pragmatically ridiculed the slogan promoted by the Cultural Revolution of the 1960’s, that pointed out that "it is better to be poor under socialism, than rich under capitalism," with his famous "It does not matter whether the cat is white or black; while it can catch mice, it is a good cat," that has since become his trademark.

But never since those days, despite the advances in the capitalist character of the economy and the state, was there the slightest attempt to make a frank revision of the ideology of the CCP. In other words, Beijing’s pro-capitalist bureaucracy and its authoritarian regime are not based on an ideology, but on the purest pragmatism, that Deng’s formulation summarized so well.

The issue is that with the reduction of growth and the obvious signs of exhaustion of the Chinese model, the proliferation of increasingly explosive conflicts in the workplaces, the peasants’ struggle for their rights, the problem with the periphery, from Hong Kong, passing through Taiwan, Tibet or the Uighurs of Inner Mongolia, it is increasingly likely that in the future it will be increasingly difficult "to catch the mice."

This is the background of the polemic that has erupted and that highlights the difficulties for the Communist Party in re-establishing its legitimacy in the setting in which the political and economic conditions that were justifying it, have changed.

Facing this ideological vacuum, Xi Jinping, President of the People’s Republic of China, in the two years since he became General Secretary, has started both ideological and anti-corruption campaigns, to "purify" the party and justify its political monopoly over the most populated nation in the world.

But as we see, the real obstacles (and their ideological reflection) to the power of the pro-capitalist Beijing bureaucracy, are increasing, even though they have a distorted form in the dispute of the two publications of the CCP.

It is like the South China Morning Post says, "The expression continues to be powerful, and columnists and bloggers have taken it to WeChat and microblogs with sharp comments. ’Am I dreaming? Why does the President of the CASS (Chinese Academy of Social Sciences) dare to light the torch of the "class struggle" from the depths of hell?’, said Lang Yaoyuan, an influential independent commentator."