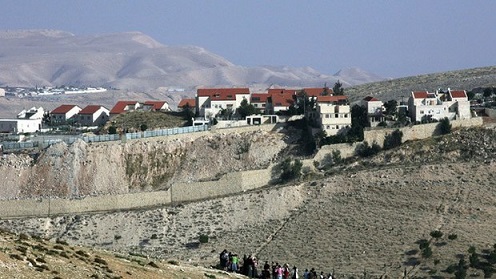 Have Arabs and Jews always been enemies?

The title refers to a common belief used to justify the eternal conflict between Israelis and Palestinians and the current offensive in Gaza. But that supposed ontology of hatred is false. Arabs and Jews lived together for centuries under Moorish control of Andaluz in the Spanish empire. After the Inquisition, the Sephardic Jews were welcomed by the Ottoman Empire in Egypt, Northern Africa and the Levant, and for 500 years they lived peacefully next to Arabs, Turkmens and Christians. At the beginning of the twentieth century, in Palestine the Jews constituted a small minority (5% of the population) integrated into a predominantly Arab society, with full freedom of worship. That situation began to change after the decline of the Ottoman Empire, when British and French imperialism signed the Sykes-Picot Agreement in 1915, dividing up the Middle East between themselves. In Palestine, the British imposed a protectorate backed by an army of 500,000 soldiers. With the objective of restraining the Palestinian Arab nationalist movements, in 1917 the British government issued the Balfour Declaration, supporting the formation of a "Jewish national home in Palestine," a partner of the English. That Declaration was edited by Zionist leaders, thus showing the unity of purpose between the colonialist endeavor and imperialist power. Despite this course, the history of the Palestinian workers’ movement before the foundation of the State of Israel shows the real bonds of solidarity between Arab and Jewish workers, in fighting for common objectives.

Concentrated in ports, communications, railroads, the metallurgical industry, oil refineries, and big bakeries, hundreds of thousands of Arab and Jewish workers carried out tasks in common. This working class lived in the two big urban centers: Jaffa (the founding neighborhood of the future Tel Aviv) and Haifa, the main port and industrial center. The relationships of solidarity between Arabs and Jews were expressed in the bakers’ union, declared to have an "international character" and "open to all the workers." The tendencies towards unity so worried the Zionists that they led to the intervention of their supreme strategist. David Ben-Gurion, leader of the Histadrut (the Zionist workers’ federation) and future leader of the State of Israel, maintained that the Jewish workers should be organized in unions "linked," although "separate" from the Arabs, according to "national sections." Chaim Arlosoroff developed this orientation by assimilating the experience of South Africa, where the most skilled jobs were reserved for the whites, organized in separate unions from the Blacks. Thus, the Histadrut ended up expelling the militant communists of Jewish origin that were fighting for common unions. The Zionist labor federation put all its efforts into breaking the strikes led jointly by Arabs and Jews, like the conflict of April-May 1933 in the Nesher quarry. Under the slogan of kibush ha-avodah ("the conquest of labor"), the Histadrut was signing agreements with businessmen to replace the Arab labor force, in exchange for discipline at work. As a result of this racist and pro-employer policy, the PAWS [Palestinian Arab Workers’ Society], the first union of Palestinian workers, established in Haifa, Jaffa and Jerusalem, emerged, that declared itself for unity, against Zionism and the independence of Palestine.

1948 broke the bonds of solidarity

Alarmed, both the Zionists and the effendis (Palestinian landowners) devised a course to sabotage that potential workers’ unity. In 1929, the Mufti of Jerusalem, Haj Amin al-Husseini, together with the most reactionary Palestinian nationalist elite, launched a pogrom for four days. Hundreds of defenseless Jewish workers escaped death, thanks to the collaboration of their Arab comrades, that risked their very own lives by hiding them in their own residences. Also, during the great 1936 General Strike, that questioned the regime, British troops trained the Zionist militias of the Haganah (the "Jewish self-defense," created in 1920) as military units, to repress the picket lines of Arab workers, who were assisted on several occasions by their Jewish comrades. Meanwhile, the Histadrut strike-breakers occupied the jobs with Jewish wage-earners in the ports of Haifa, the big Majdal Yaba quarry, the citrus fruit plantations and the refineries of the transnational Iraq Petroleum, breaking the longest workers’ conflict in the history of the Middle East.

Despite this divisive course, in April 1946, tens of thousands of Arab and Jewish workers returned to the arena, organized in the PAWS and the International Union of Railway, Postal and Telegraph Workers, launching a strike that brought public services to a standstill and blocked the functioning of the British military bases.

However, those bonds of solidarity had already begun to be broken after the murder of the union leader Sami Taha and the arbitrary UN resolution in November 1947 for the partition of Palestine in favor of the Jewish minority, opposed to the wishes for unity of the great masses, that triggered popular mobilizations in dissent. But the last straw was the terrorist attacks of December 1947, where the Etzel (the most right-wing detachment of the Haganah) exploded a car bomb among hundreds of Arab workers from a Haifa refinery, while the Palmach (the elite brigade of the Zionist left) took by storm the village of Balad al-Sheikh, murdering dozens of women and children. The foundation of the State of Israel in May 1948, based on the ethnic cleansing of a million Palestinians, expelled from their native lands, definitely closed this process, giving rise to a racist and colonialist state, source of all the sufferings of the Palestinian people up to our day.

General Yitzhak Rabin usually compared the State of Israel to the Crusader Kingdom of Jerusalem of the year 1099, established on the continuous immigration of combatants, that massacred Arabs and Jews for 192 years. For that very reason, the Palestinians remember Saladin, the great Kurdish General that defeated the Crusaders and reestablished peace among Arabs, Jews, and Christians, a perspective that now can only be directed by the workers and the peasants of the Middle East against that segregationist state, a strategic partner of US imperialism.