Arriving at the Vio.Me plant in Thessaloniki. At the entrance to the factory, a poster advertising the public meeting to be held that afternoon, at which Raúl Godoy and a Vio.Me worker will be speaking 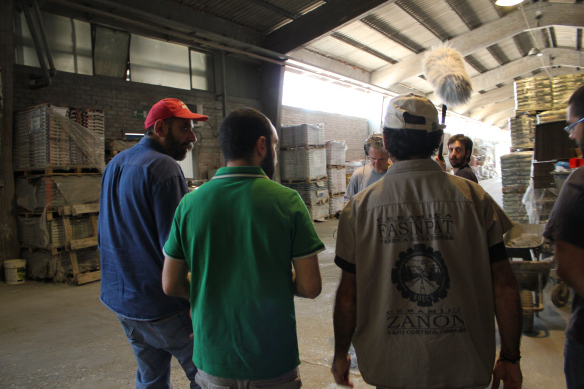 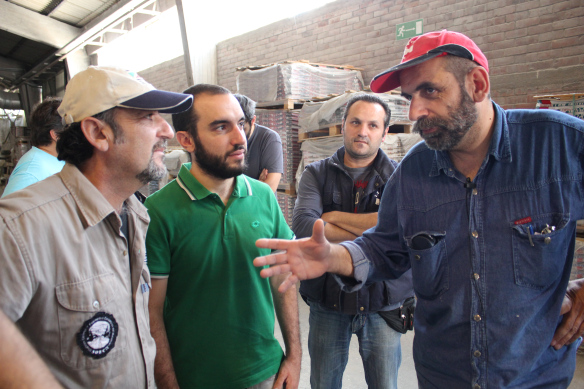 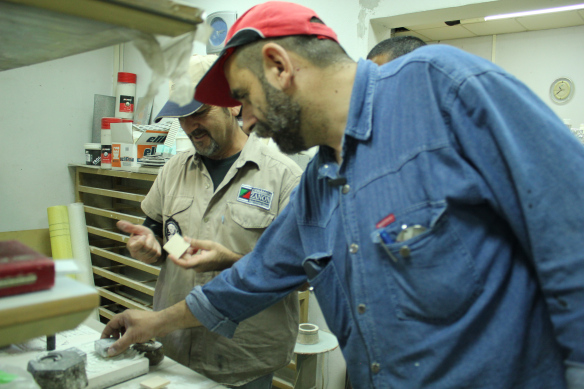 A tour around the factory with Vio.Me workers 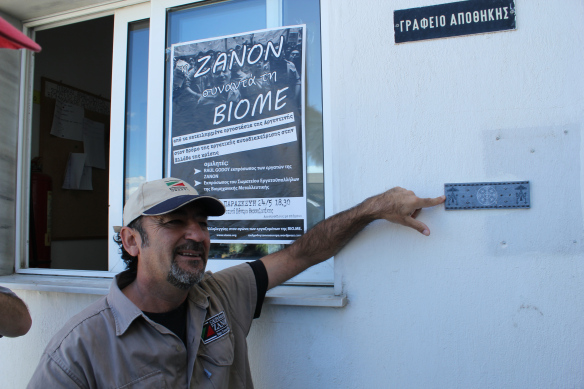 Raúl Godoy points to a tile with a Mapuche pattern made in the Zanon factory on the wall of the Vio.Me plant 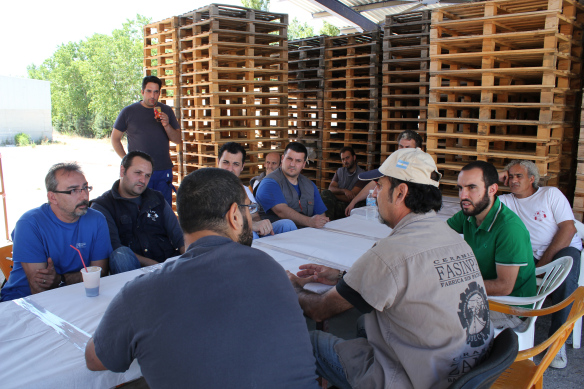 A fraternal exchange about the experiences of the Zanon and Vio.Me struggles, at which workers’ control as an alternative to closure was discussed. Raúl Godoy, foreground with a khaki FASINPAT shirt, talks to Vio.Me workers 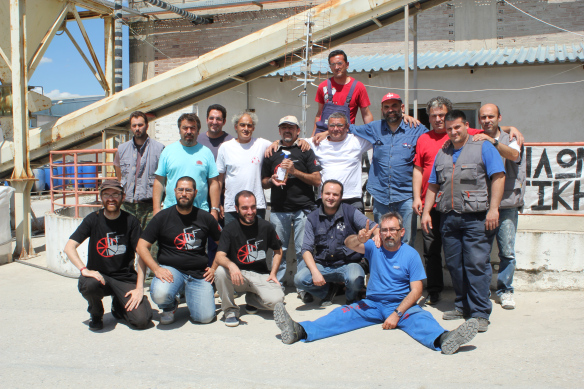 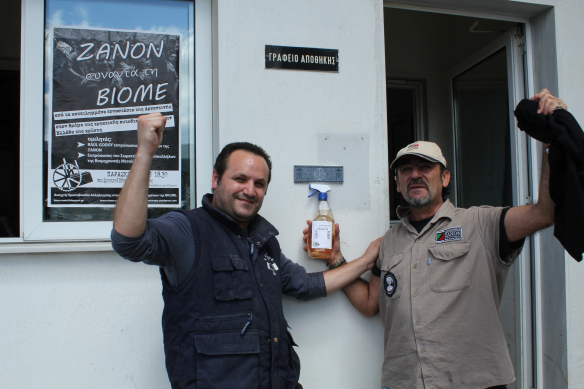 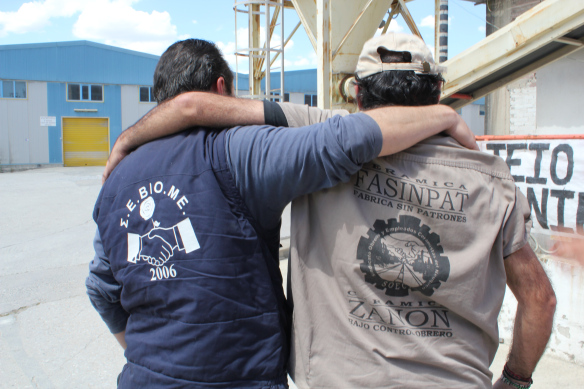 A ‘symbolic hug’ between Zanon and Vio.Me 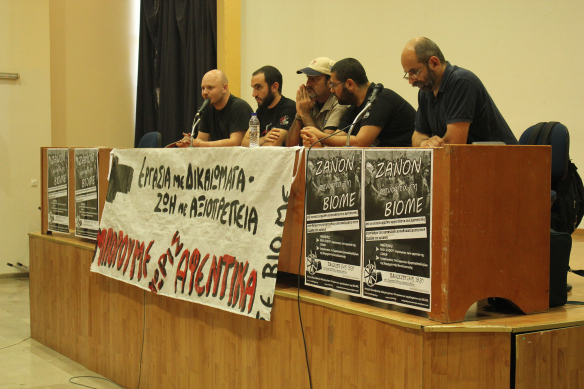 Public meeting at the Workers’ Centre in Thessaloniki on the afternoon of Friday 24 May, at which Raúl Godoy and a Vio.Me worker spoke