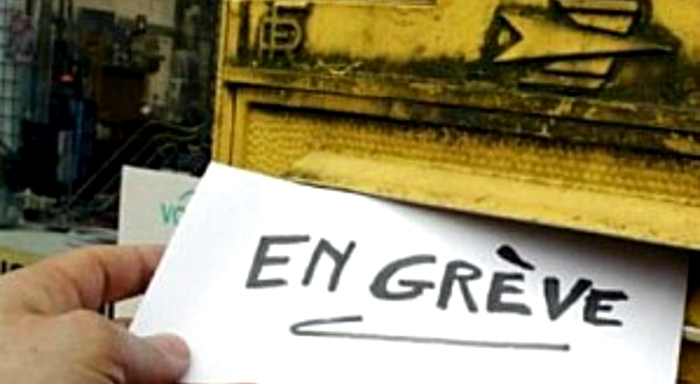 France: Petition in support of the French postal workers

After three months on strike, the postal workers of 92 District need maximum support

The postal workers of Rueil-Malmaison, La Garenne-Colombes/Bois-Colombes, Gennevilliers, Courbevoie and other mail distribution centres in 92 District (Hauts-de-Seine) have been on strike since January 29th. The struggle started with the demand to hire the precarious postal workers of Rueil-Malmaison with proper contracts: 87 % of the postal workers in this office took action to defend the right of their co-workers to continue working with them. With La Poste management’s refusal to make concessions, the dispute spread, and what is at stake today is the struggle against job cuts in the various postal centres affected by the strike. The movement has had an impact on other trades in La Poste and beyond the borders of the 92 District. After taking more than two months to accept negotiations, today La Poste refuses stubbornly to discuss seriously a compromise with the strikers and tries to exhaust them by having the discussions last as long as possible. Instead of choosing the route of discussions and taking into account the postal workers’ demands, the management has threatened five local union representatives (SUD Activités Postales 92) with lay-offs. The length of the struggle and the strikers’ determination give a symbolic significance to the struggle. Moreover, Rueil is one of the only post offices in the country that hasn’t suffered any restructuring since 1999 and has maintained certain social rights. We express our support to the striking postal workers of 92 District. We ask that their demands be heard and that all charges against them and their union representatives be dropped.

Last name, First name, organisation, signature To help the strikers to continue their struggle please send donations: checks are to be sent to SUD Poste 92, 51 rue Jean Bonal, 92250 La Garenne-Colombes, in the name of : SUD Poste 92, with « solidarité grévistes » on the back.