With repression they won´t stop the outcry against layoffs 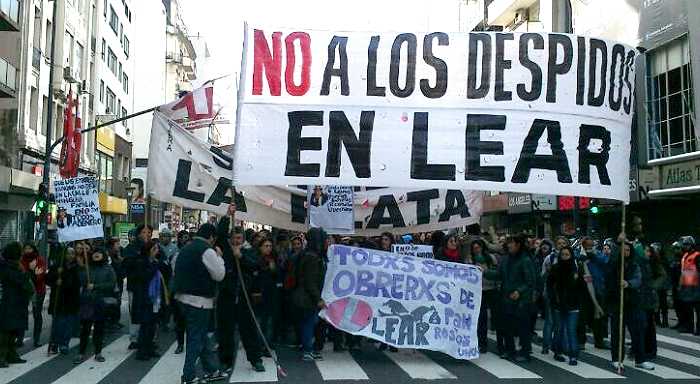 Workers of the auto-part plant Lear in Argentina undertake a roadblock at a central location in Buenos Aires (Corrientes with Callao) as a capstone of the day of action for the reinstatement of the laid-off and furloughed workers, and for the freedom of those arrested during the brutal crackdown led by the Gendarmerie earlier this morning, in a bloackade at the "Panamericana" road. Among those hurt by these repression there is Victoria Moayno, recovered granddaughter*, and the lawyer Charly Platkowski, president of the Buenos Aires branch of the "Center of Professionals for Human Rights" (CEPRODH).

*recovered granddaughter are sons and daughters of those activists kidnapped and murdered without trace (´dissapeared´) by the State repressive forces during the last dictatorship, and later recovered by their grandmothers.