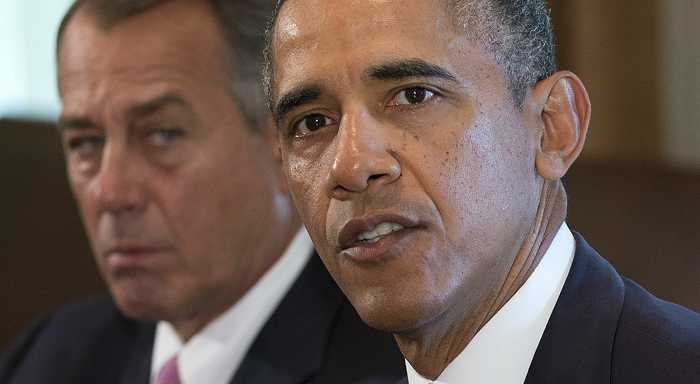 Republicans and Democrats Versus Immigrant Workers

The dispute over immigration reform and the obstructionism of the Republicans against the timid concessions offered by Obama produce the illusion of a dispute between antagonistic forces. A closer look reveals that, despite differing in tactics and in discourse in order to appeal to their respective electoral bases, the two parties defend similar interests.

The Democratic party, bound by the support of Latinos and the unions, has been forced to make some minimal concessions to immigrant workers in recent years, such as the 2013 immigration reform plan introduced in Congress which ultimately stalled. Having failed in that route and shaken by the defeat in last November’s midterm elections, Obama decided to issue an executive order which would give some breathing room to a significant number of undocumented immigrants.

The Republicans, who have no need to respond to the demands of these sectors, have rejected outright all attempts to protect undocumented immigrants and have called for massive deportations. These calls have served to solidify the support of the party’s reactionary and racist base, while also shifting attention away from the current economic crisis, for which the Republicans, just like the Democrats have been incapable of providing a solution.

However, both Republicans and Democrats represent industries which profit immensely on exploiting immigrant workers, such as the service industry, construction, and agribusiness. Even under Obama’s new immigration plan, between 6 and 7 million immigrants will remain undocumented, and forced to work at low wages with virtually no protections.

Immigrant workers and the state

The dynamic of immigrant workers has been studied by many, including Burrowoy and Arrighi. Both have demonstrated the importance of state policies in generating and perpetuating the systems of exploitation of immigrant labor. The cases of South African and California have served as paradigms to explain this mechanism. First, through policies of disposession, unfair competition, and economic attacks, among other measures, individuals in a subsitance economy (in our case, Mexico and Central America) are deprived of the ability to sustain themselves. As a consequence, they are obliged to abandon their land and seek out work. NAFTA is a good example of a policy of the strangulation of low-skilled and rural workers in Mexico.

The state’s second attack comes when the migrant worker arrives in her new country. In order to ensure that this new army of second-class workers keeps its head down and works under the conditions that are imposed upon it, they deny the basic rights of protest, association, and strike. How? By maintaining workers in permanent "illegal" status.

Both the Republican plan, and the Democratic plan serve to discipline any immigrant worker who stands up for her rights, demands a higher wage or seeks better working conditions. Pressured by the growing discontent of its electoral base, the Democrats aim to shield a portion of undocumented workers from raids and deportations. By delivering certain concessions, and more generally, coöpting the immigrant movement through religious and nonprofit organizations, the Democrats have succeeded for the moment in containing the conflict within institutional channels and away from mass mobilization.

But neither the Obama plan, nor of course the Republican plan, offers the chance at citizenship for immigrant workers. We have seen why both parties are interested in maintaining the current status quo.

The struggle of immigrant workers for their democratic rights is of utmost importance. The majority of the unions have underestimated or ignored this sector for decades, although things appear to be changing slightly. In order to win the right to full citizenship for such a large sector of the working class, it will be neccessary for all workers, unionized as well as the the most exploited, to fight arm-in-arm, independent of the Democratic party and its associated organizations. A victory of this magnitude will strenghten enormously not only immigrant workers, but the whole of the working class.