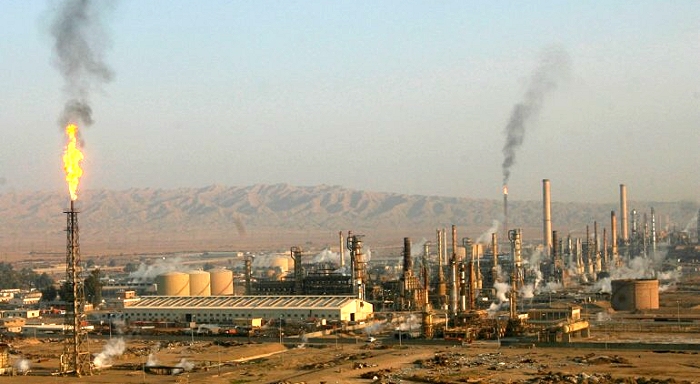 In Iraq, civil war has again broken out between Sunnis and Shiites, the two big groups into which the Muslim world is divided. After several days of bloody fighting, there are now hundreds of dead and wounded and tens of thousands displaced. The northern part of the country has been under the control of the Sunni insurgents, that are showing signs of great cruelty and savagery, in order to terrorize the population. The Iraqi army, trained for years by the US, has seemed totally powerless to stop the militias of the Islamic State in Iraq and Syria (ISIS), that already controls key cities like Mosul, the second-largest city of Iraq,Tikrit, Kirkuk, as well as the area of Tel Afar, bordering Syria.

ISIS also has support from the Sunni tribes of the northern part of the country, as well as from the remnants of the Baaz Party of the dictator Saddam Hussein. During Tuesday, June 17, the fighting reached the city of Baiji, site of the biggest refinery of the country, that had to be closed and interrupt its production, and the city of Baquba, hardly 60 kilometers from the capital Baghdad. Although the ISIS troops failed to reach the capital, they are active in it, through attacks, mainly with car bombs, that have already taken the lives of hundreds of people.

The seriousness of the situation is such that the Shiite religious leaders have formed militias that, together with the army, are trying to curb the attacks of the Sunni forces, and the government of the Shiite Prime Minister al-Maliki has officially asked the US for military assistance. But the US administration has rejected getting involved with troops on the ground (except for some 300 special commandos to protect its Embassy in Baghdad), and it is studying a partial intervention with drones (unmanned airplanes and helicopters), which is difficult, since it is a matter of militias blended in among the civilian population, and since it would result in a great deal of "collateral damage," that would affect the already discredited image of the US even more.

The increase in attacks and assaults by ISIS and in sectarian violence in general has already been occurring since the beginning of the year, and by the end of April 3,000 deaths had already accumulated. The campaign for the legislative elections during that month was stained with blood, because of the abundance of assaults and armed attacks. On April 30, there were elected 328 Deputies of the Parliament that must choose the Prime Minister, a position to which the current Prime Minister al-Maliki, a Shiite, who has governed since 2006, aspires to be reelected. Al-Maliki’s list won the majority, but without managing to form a government by itself, with which it would have to make alliances with other parties, which, up to now, has been impossible.

In the agreements for the US withdrawal in 2011, a precarious coexistence among Shiites, Sunnis and Kurds was established, in order to keep a sort of national coalition government that would give a certain political stability. But the big economic interests, tied especially to control of the oil wells, the discretional nature of the allocation of posts in the security forces and in public administration (two of the extremely scarce sources of work in a sea of unemployment), and the inter-religious rivalries that each leader encourages, in order to increase his own power, were undermining the unstable agreements achieved in 2011.

Al-Maliki has been one of the most active promoters of these sectarian divisions and of the marginalization of the Sunnis, including the pursuit and seizure of Sunni parliamentary leaders, and even of those that formed part of the government. In Sunni cities like Fallujah, the army carried out bloody repressions with dozens of dead. The promises of "national unity" have been disappearing from al-Maliki’s speeches, while his attacks on the Sunni "extremists" have increased. At the same time, he has been concentrating power by putting his own men in charge of different ministries (especially those connected with security), breaking, in fact, the "power-sharing" with Sunnis and Kurds agreed upon in 2011. This entire policy has generated repudiations of him, even among his own Shiite allies.

In the political crisis that has led to this new civil war, it is also important to keep in mind the social situation of the country. After two imperialist wars (1991 and 2003), years of economic sanctions, and the US occupation until 2011, unemployment is affecting almost 60% of the economically active population; 28% of the population lives below the poverty line, and there is an enormous shortage of public services.

The Ukrainian crisis as a backdrop

The current crisis is, undoubtedly, the biggest since the US withdrawal in 2011, and it is an undesired consequence of the big geopolitical conflicts that are developing on an international level and that the White House is incapable of controlling. The enormous crisis that is upsetting the Ukraine continues its course and shows no prospects of a solution. On the contrary, to the civil war in the east has been added the failure of the negotiations between Moscow and the new administration in Kiev, headed by the pro-European tycoon Poroshenko, about payment of the gigantic debt that Ukraine is keeping with Russia for the supplying of gas. Putin’s government finally decided to play its strong card and cut off the supply to the Ukraine, and it made future deliveries conditional on the bitter payment in advance, a condition impossible for Ukraine to face, given its situation of virtual economic collapse.

But, as was to be expected, this Russian decision only worsened the situation, and, on the following day, an attack took place on the biggest gas pipeline with which the Russian giant Gasprom supplies its European clients. The flames, up to 200 meters high, graphically showed the magnitude of the crisis and gave it an even more drastic coloring.

Crisis of US hegemony

The helplessness to control the Ukrainian crisis by the imperialist powers, especially the US, is generating greater instability on a world level, since it reveals the "absence of leadership" of the biggest power on the planet. This had also been expressed in the Syrian civil war, where, despite having drawn a "red line" that would authorize an armed intervention at the use of chemical weapons by the al-Assad regime, Obama had to give in to the pressure of Russia (an ally of Assad) and not intervene, which ended up strengthening the dictator and putting the armed opposition on the defensive; Assad’s slaughters and shelling of the civilian population continued, and he was finally "legitimized" with some "ironclad" elections that gave him 98% of the votes.

The crisis of US hegemony took a leap with the failure of the warlike strategy of George Bush and the neoconservatives that ran the White House between 2001 and 2009. The objective that they had set for themselves, of recovering political influence on a global scale , by using their biggest asset, huge military power, failed all along the line. The invasions of Afghanistan in 2001 and Iraq in 2003, concealed in the farce of the "War on Terror," instead of strengthening their authority, ended up by increasing the international loss of prestige of the US. The real economic objectives, about the multimillion dollar oil deals, the crude lies constructed, as for example, the alleged existence of "weapons of mass destruction" in Iraq, the atrocities committed against the population, the biggest examples of which were the tortures in the prisons of Abu Ghraib (Iraq) and Guantánamo (Cuba) or the business of "outsourcing" the war to contracting companies, were laid bare.

In this country, after overthrowing the hated dictator Saddam Hussein and occupying the country with more than 150,000 troops, the US, instead of achieving its political objective, that was to create a stable new regime, useful for its interests, ended up provoking a long war of resistance to the occupation, that caused some 4,000 dead US soldiers and then a civil war between Shiites and Sunnis, that bled the country dry and that took a long time to harness precariously. The rise to power of the Shiites in Iraq (more than 60% of the population, concentrated in the south of the country, claims that creed) helped strengthen powers hostile to the US, like the case of Iran (with a 90% Shiite population, although between the Iranian and Iraqi clerics, they have, in turn, big differences) with which, far from facilitating a reconfiguration of the political map of the Middle East favorable to the US, the US position appeared weakened, in the long term.

Barack Obama’s administration, which took office in 2009, recognized the defeat and the unfeasibility of the neo-conservative strategy for getting out of the profound crisis of hegemony in which the US is immersed, and, at the end of 2011, the US Army began the retreat from Iraq. This withdrawal also responds to the new changes of world geopolitics, like the increasing influence of China in Asia and the Pacific, a region where the US has been putting all its attention, with the aim of setting limits on China.

The failure of Obama’s "exit strategy"

The task of internal control in Iraq then passed to the hands of its government. But, as we indicated at the beginning, al-Maliki’s weakness, added to the rest of the international factors and the critical regional situation, where the recovery of al-Assad in Syria (a mostly Sunni country) after 3 years of civil war, is forcing the armed Sunni groups to withdraw over Iraq, has unleashed this Sunni offensive throughout the northern part of the country.

The situation is so difficult for the Obama administration that in Iraq it is leading the US to act "in the same field" as Iran, a country that, despite having changed the orientation of confrontation in the last year, that the loquacious former President Ahmadinejad impressed on it, for a different, more conciliatory one from Hassan Rouhani, continues to be unable to resolve the nuclear dispute with the US, and reality finds them on opposite paths in Syria or in the Israeli-Palestinian conflict.

Obama does not want to intervene with troops, in the first place, because it would retrace his steps towards the failed strategy of the Bush era, as well as being an acknowledgement that the policy of withdrawal initiated in 2011 has also failed. However, inaction is not a good choice either, since it could make the situation unpredictable and uncontrollable and even have regional consequences beyond Iraq, whether with Iran, Turkey (with which they share the Kurdish problem that is breaking out again from the conflict between Sunnis and Shiites), Syria or Saudi Arabia.

It is impossible to know how far the situation will go and to what extent the US will intervene, but the fact is that it has demonstrated the weakness of al-Maliki’s government, and especially of the Iraqi army, that is being completely beaten on the ground, and once more the defeat of the strategic objectives of the bloody US invasion of Iraq is shown, as well as the deepening of its crisis of hegemony.