The attacks in Jerusalem 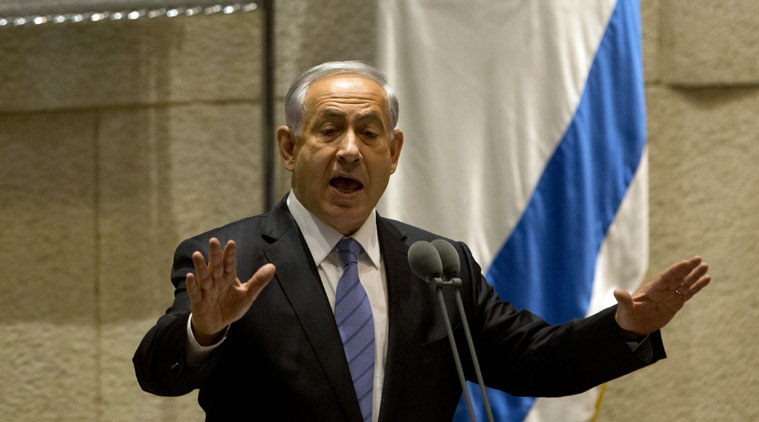 Last Tuesday, November 18, two Palestinians armed with a knife and a pistol entered a Jerusalem synagogue during morning prayers and killed 4 Israeli Jews, while 5 others were wounded. The Israeli police quickly took over the place and killed the two attackers.

The incident is the fourth act of this type since October 22, when other Palestinians ran over a group of Israeli civilians at a bus stop. For their part, groups of Jewish settlers (Israelis that, protected by their government, are settling in Palestinian territories, displacing the local population) have committed acts of similar cruelty against Palestinian citizens. On November 11, the biggest mosque of the town of Al- Maghir, near Ramallah, the capital of the West Bank, was set on fire, and, on November 17, a Palestinian bus driver was hanged, among other attacks.

The growth of violence, with desperate attacks and attacks of revenge, between groups of the Arab and Jewish populations, has its basis in the anti-Palestinian policy of Benjamin Netanyahu’s government, that has been systematically promoting hatred against the Arabs, encouraging the construction of more illegal colonies on Palestinian territory and attacking the Arab population in various ways.

Netanyahu and the Zionist ultra-right are using these attacks politically with a double objective. In the first place, to accuse the Palestinians of being "terrorists" and to reverse the international isolation in which the State of Israel has remained after the brutal military offensive of July, in which, for more than 50 days, it bombed the Gaza Strip, which it invaded with its troops and left a heap of more than 2,000 dead, 10,000 wounded, 400,000 displaced and thousands of dwellings and infrastructure destroyed.

In the second place, with the "wave of extremist attacks," they are trying to turn the focus of attention away from the enormous mobilization and popular rebellion that has been emerging in the occupied territories since July, in repudiation of the massacre perpetrated by Israel. Tens of thousands of Palestinians are leading big protests daily, in the biggest cities and towns of the West Bank, confronting the repression of the Israeli army, that is attacking the demonstrators, mostly young people, with live ammunition. The protests have spread even to the Arab neighborhoods inside Israeli territory (almost 20% of the State of Israel’s population is Arab), and the government is threatening to take citizenship away from those it designates as "violent."

For months, there has been talk of a "Third Intifada," referring to the earlier explosions of popular anger, in 1987 and 2000, based on the intolerable situation of oppression the Palestinians are suffering: a regime of virtual apartheid, based on the illegal Wall of 700 kilometers that twists and turns on the West Bank, isolating the Arab communities in their own territory, and on the systematic persecution from the Israeli security forces, against the local population, that suffers arbitrary arrests, violent evictions, among other outrages.

The imperialists, with the State of Israel

With these desperate attacks of Palestinians on Jews, Israel is getting the support and solidarity of the "international community," more precisely, of US and European imperialism and the international organizations that are useful for it, like the UN, which already appears to have forgotten the July military offensive, that included brutal war crimes, like bombing schools and hospitals, even some protected by the UN, or murdering more than 500 boys and girls. Obama, the UN, Pope Francis, the European Union, they all condemned the attack on the synagogue, and they are calling for "understanding" and "peace," phrases whose only content is that of legitimizing and strengthening the State of Israel’s oppression of the Palestinian masses and the policy of ethnic cleansing that it has been carrying out for decades.

After the Palestinian resistance and the campaign of international repudiation forced Israel to halt the July offensive and to negotiate with Hamas and Fatah, Netanyahu’s government gave a new impetus to the illegal extension of the Jewish colonies on the West Bank. The authorization for the construction of hundreds of new dwellings caused more anger among the Palestinians, to which was added, at the end of October, the provocation, unprecedented for decades by the Zionist government, of closing and militarizing the main Palestinian religious center, known as the Esplanade of the Mosques (or the Temple Mount, for the Jews).

The collaboration of the Palestinian leadership strengthens the Zionists

This new provocation took tensions to the extreme, heightening the protests. The policy of the Palestinian President Mahmoud Abbas, a bitter enemy of the popular mobilization, is completely useful for and subordinated to the Zionist government. Beyond the fact that he criticizes Netanyahu’s government in speeches, for promoting violence against the Palestinians, his entire policy passes through restraining and stopping the Palestinian rebellion under way. His strategy is to disarm and, ultimately, to defeat the resistance, in exchange for an agreement with Israel that will give him a certain formal control over some areas of Palestinian territory. For this, he has the support of US imperialism, that, for years, has been using the farce of a "peace process" towards the realization of "two states" that will coexist harmoniously.

Beyond some political advances, like the recognition of Palestine in the UN in 2012, this strategy is completely utopian and reactionary, since it only serves to strengthen the position of the Zionists, that continue atomizing and isolating the Palestinian population and territories. As if proof were needed, it will suffice to mention that the construction of 78 new dwellings, that Israel has just authorized, are located on the border line that would separate both states.

On this road of collaboration with the Israeli government, Abbas criticizes, in the harshest terms, the "radicalism" of the Palestinian organization Hamas, that appeared to be strengthened after leading the resistance to the July offensive. It is trying to look like the only Palestinian leadership that can guarantee a "peace process," but it is increasingly weakened, facing the double pressure between the Arab masses, who want to fight, and the Zionist government, that does not want peace, and they continue betting on ethnic cleansing.

For its part, Hamas is keeping its radical speech and has even gone so far as to greet the desperate attacks, like that on the synagogue, but it agreed to cede control of the Gaza Strip, in pursuit of a "unity government," agreed upon with Fatah in April and confirmed a few weeks ago. This Islamic organization does not have open collaboration, like that of Abbas, as a policy, but its radicalism is completely powerless to achieve the liberation of Palestine.

The only possible solution so that Arabs and Jews will be able to live together in peace, goes through the mobilization of the Arab masses with the perspective of unity with the Jewish proletariat that must fight against its own colonialist and terrorist state. The dismantling of this state, that was founded on ethnic cleansing and state terrorism, will be the first step necessary for the formation of a workers’ and socialist Palestine in all its historic territory, that will be able to integrate all the ethnic and religious communities.