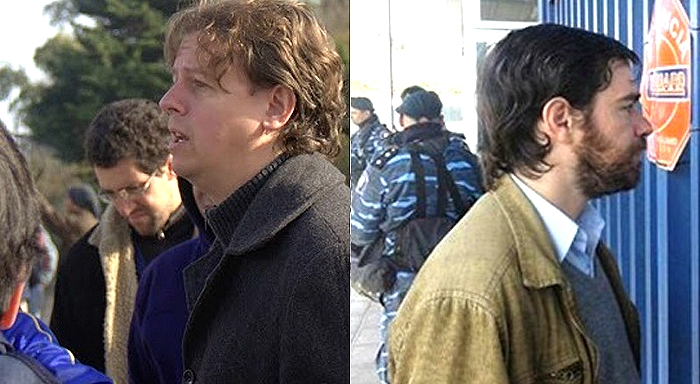 The SMATA (automotive industry workers union) leadership asks forrepression against its own members and the left; as it did during the last dictatorship

The SMATA (automotive industry workers union) leadership has published today an extremely expensive paid announcement in newspapers, in which they do not demand the reinstatement of 69 dismissed workers of Gestamp, nor the cease of more than 15.000 suspensions that are being endured by the automotive industry workers around the country. On the contrary, they demand either the utilization of the police repressive forces or the union thugs to defeat their own union members that are fighting to keep their jobs, such as the Gestamp workers.

This public announcement also blames the FIT legislators and deputies for the stoppage in some automotive factories, without mentioning that this is one of the enterprise sectors that earned huge fortunes during the last decade. Referring to those businessmen, the president Cristina Fernandez de Kirchner several times talked about “those who need a shovel to collect their money” (since they get a lot of it), and today the government wants to have the workers paying for the crisis with suspensions and firings.

The Left and Workers’ Front had more than 1.200.000 votes last October. We were elected to the National Congress, provincial legislatures and city councils to strengthen the struggle of the workers and the youth, as we said during our political campaign. We were and we are with the workers that fight for their rights and their freedom. We stand next to the Madres of Plaza de Mayo, the daughters and sons of the desaparecidos, the stolen children during the last dictatorship that were found , human rights organizations, dozens of shop steward commissions and students’ organizations. We are at the Gestamp factory bringing our solidarity to it workers and demanding their reinstatement. And we will keep on doing as long as necessary.

We reject all forms of repression against the workers in struggle. Under our initiative, deputies of 9 different coalitions in the congress have manifested their worries for the dismissals in Gestamp, and a total reject of the dismissals in Gestamp was voted in the Buenos Aires legislature. Other legislators along the country made similar declarations against the massive suspensions in Lear, another automotive parts factory. These suspensions are illegal and carried out by Lear, an American company, and backed by Smata.

We demand the immediate reinstatement of 69 dismissed workers of Gestamp and the cease of the suspensions. This is our duty and we will not stop our solidarity actions with the cause of the working class.

We declare the national and provincial authorities responsible for any violence against the workers and the left, and we reject and denounce the criminalization of the protest.