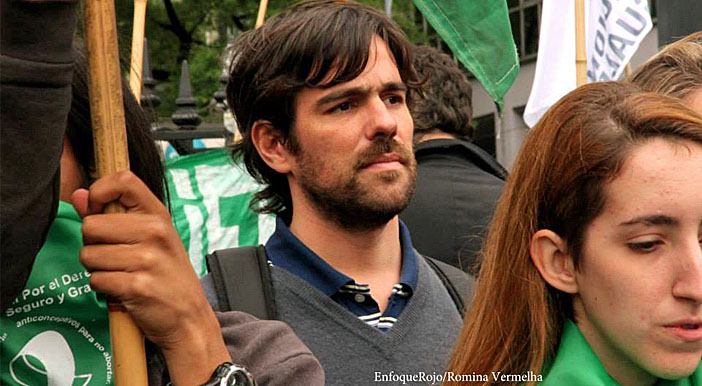 “We reject police mafia riots and blackmailing, which strengthens a completely corrupted system, and without whose consent or direct participation major crimes such as drug trafficking, human trafficking, car theft, and the use of poor youth to commit crimes, wouldn’t take place”, Nicolás del Caño, elected deputy for the Left and Workers’ Front, stated today on the radio.

“The federal government and the governors, while yielding to police armed riots, hide the fact that they are responsible for this situation. During the election campaign both the ruling party and the opposition focused on the strengthening of police forces and higher social control, whereas from the Left and Workers’ Front we denounced that the crackdown campaign meant support of police mafias. Now we see the consequences: groups of thugs armed by the government are rising for their claims, which also imply impunity from their crimes and the leeway to continue operating their business”, said Del Caño.

Finally, Del Caño reminded that the FIT (Left and Workers’ Front) political Manifesto states: "Left and Workers’ Front calls for popular organization, in neighborhoods and in places of work and study, to fight against the "trigger-happy" police and human trafficking. To combat the penetration of drug trafficking, with police support, in the neighborhoods, or police and political complicity with organized crime. No to the municipal police of the Mayors of corruption and crime: to put an end to the leaders’ apparatus, it is necessary to end the social misery that capitalism causes and replace the repressive apparatus of this state, that is at the service of the exploiters, by organizing the workers themselves on the path of struggle for their own government. Down with Project X, and espionage and infiltration of the people’s organizations! For the dissolution of all the intelligence organs placed in order to spy on and infiltrate the people’s organizations!"