More than 4,000 workers from all over the country attended the National Conference of Fighting Trade Unions held on March 15th in Buenos Aires, Argentina. Delegates passed a resolution expressing their solidarity with the workers of the Panrico Factory in Spain, who have been in strike for more than four months. Prior to the conference, the Panrico workers had sent a message of support to strikers in Latin America, including the garbage collection workers (garis) in Rio de Janeiro, Brazil, and the Liliana and Kromberg workers in Argentina. They had also added their name to the petition demanding the acquittal of the Las Heras oil refinery workers.

The Conference delegates also committed themselves to mount a protest outside the Spanish Embassy in Buenos on March 20th and various other actions. 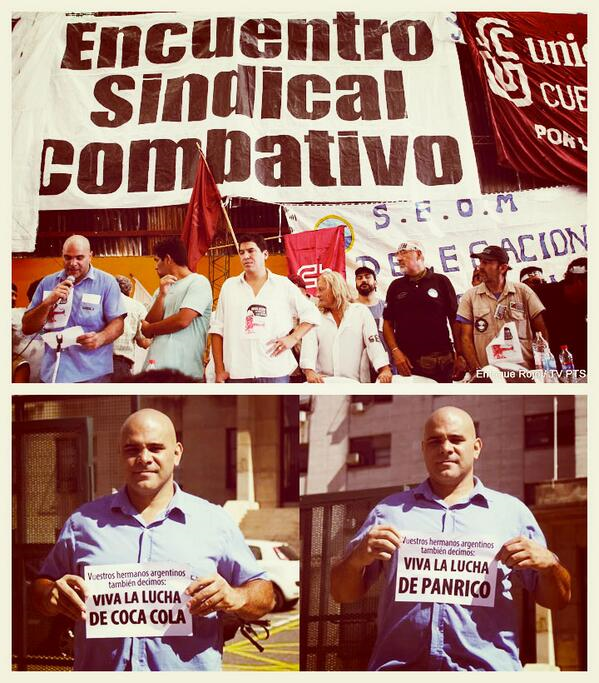