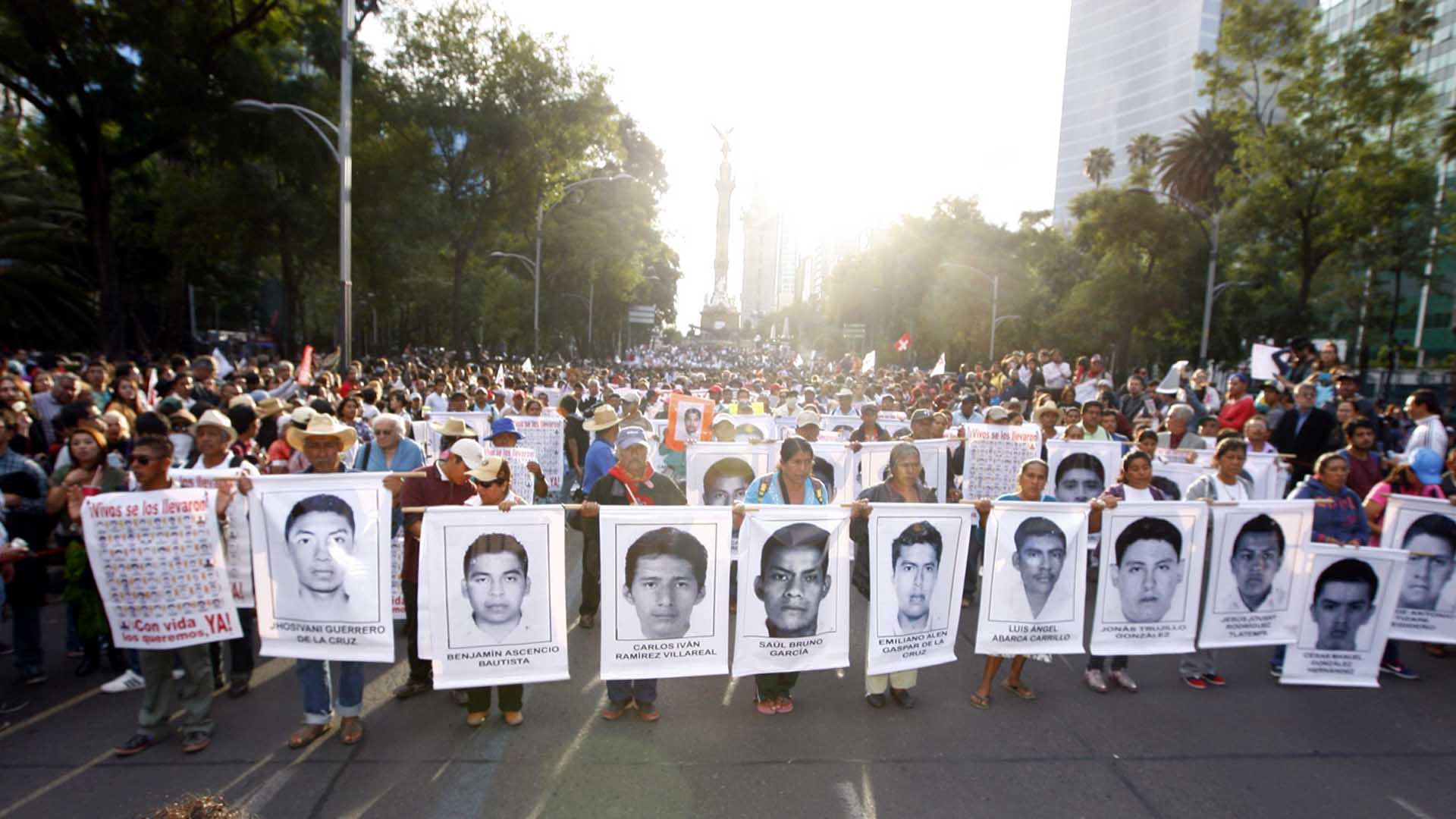 As the official start of the election campaign on April 5 shows, the "political class" is very worried about achieving a high participation, that will guarantee some of the choices under way, and that will serve to re-legitimize the institutions.

And, since the Iguala massacre and the disappearance of the 43 student teachers of Ayotzinapa, the degraded and brutal character of the political regime of the democratic alternation was demonstrated for broad groups of the population, as was expressed in the slogans and demands that thundered in the streets throughout Mexico: "It was the government!" and "They were taken away alive; we want them alive!" Under the democratic alternation, Mexico has turned into the paradise of the transnational corporations and a big secret grave. That is what has become obvious for millions.

Now, after the government tried to impose its "historical truth" on Ayotzinapa, those from above want to recover political stability and credibility in Mexican democracy. The agenda of the parties of the Congress in the coming months seeks to intensify the surrender, the criminalization of young people and the attack on the workers’ and people’s conquests. For that reason, with the next elections, they are trying to divert the workers’ and people’s discontent; a big trap that we workers and young people must confront.

What do those from above fear this June 7?

It is palpable that one of the matters they want to avoid is that the repudiation of the electoral trap will make itself noticed in different ways: boycott, abstention or the spoiled ballot, as an expression of the dissatisfaction that the broad movement, that has shaken the streets of the country since October, has fostered.

For that reason, in recent days, the National Electoral Institute announced what was obvious: despite the demand from the heads of families, the elections will be carried out in Guerrero. At the same time, an expensive advertising campaign to promote voting was launched, oriented, to a large extent, to young people.

As La Jornada indicated on April 7, it is among the groups of young people where disbelief and repudiation of the election process and of the "political class" has grown the most. This process among young people is not the expression of apathy and indifference, as many fanatics of civic participation are claiming, in their own interests.

As the newspaper mentioned says well, in the last three years, different events have profoundly affected young people. In 2012, it was #yosoy132 against the PRI’s return to Los Pinos [the Mexican Presidential residence]. The following year, thousands of students actively showed solidarity with the Educational Workers’ National Coordinating Committee, which was savagely repressed by those then in power. For its part, from the end of 2012 and with the arrival of Peña Nieto, the criminalization of the young intensified, carried out not only by the federal government, but also by the PRD government of Mexico City, with a multitude of new political prisoners, among whom were militants of what is now the Socialist Workers Movement [MTS].

Finally, last year in October, the democratic movement that shook the main cities of Mexico had a significant leader in the students. The students who went on strike in their schools and departments were thousands; they strengthened massive assemblies, such as had not been seen since the 1999 strike at the National Autonomous University (la UNAM), and they demonstrated in real rivers of humanity that covered the streets, in the October and November mobilizations. A new generation, disenchanted with the "traditional" politicians and with this murderous democracy, a generation that was threatening to converge with groups of the workers and of the people, began to make itself felt. Something that certainly generated anxiety among the defenders of this regime of alternating parties in power.

This process is now making itself felt in the existence of a broad group that not only places no faith in the traditional parties (like the PRI, the PAN and the PRD), but questions the electoral process itself.

The frenzied campaign that is rising up in favor of voting, with which they are trying to reestablish the image of the institutions and the parties that were marked in the streets as the expression of the so-called "narcopolitics," is facing this new phenomenon, that is going through swaths of the young people and the workers.

But while this political and publicity operation of the government is obvious, even for communications media like La Jornada, the leader of Morena [the "National Regeneration Movement"], Andrés Manuel López Obrador ["AMLO"], insists that abstention and defaced ballots ["el voto nulo"] only favor the PRI, in that way stigmatizing both the independent left and the heads of families from Ayotzinapa.

We are faced with a debate that is gathering a lot of momentum, thanks to the fact that, as we say above, defaced ballots and abstention is the way in which broad dissatified groups will seek to protest this coming June 7, which is answered by those who are trying to strengthen the electoral process and the political alternatives that they are defending.

As we have already suggested here, in other electoral processes, the high turnout of voters did not necessarily weaken the PRI or the PAN. And, beyond the comparisons and analysis that could be carried out from previous processes, it is indisputable that, at the present political moment, the intention is to guarantee civic participation and the carrying out of the June 7 elections without greater shocks, which will permit closing what was opened up by the movement because of Ayotzinapa.

The debate, then, is laid out on the terrain of what is the correct policy towards June 7, that will allow strengthening the struggle against the murderous democracy of the PRI-PAN-PRD. None of the registered parties is raising a perspective that will defend the interests of the workers and the people, much less that will call for intensifying the workers’ and popular mobilization against the political regime.

López Obrador – whom many workers and young people that strengthened the mobilizations for Ayotzinapa, honestly trust – despite his denunciations of the "Mafia in power," has a political perspective that does not question the institutions, nor the plans for oppression and exploitation, and he limits himself to trying to democratize and reform what is clearly irreformable. An expression of this is his current campaign, where he seeks to persuade that, through voting for Morena and through the anti-worker and pro-imperialist Congress, the great majorities will be able to solve their demands.

Under those circumstances, the "tactical" or "critical vote" that different intellectuals and groups that claim to be leftist, are promoting (including those that promote the boycott in Guerrero, but call for voting for the Morena in other states), would end up strengthening a party that is not an alternative for the workers and the young people.

To clear up every doubt, already in the previous years, we saw the results of the politics of AMLO, when – as part of the PRD, in 2006 – he diverted the workers’ and people’s dissatisfaction and blocked the radicalization of the mobilization.

As at so many other times, the debate about what to do, facing the electoral process, expresses a dilemma that is more than current: strengthening the "lesser evil," and, in that way, strengthening a political leadership opposed to every radical struggle against oppression and exploitation, or fighting well for an independent politics that, in the electoral process, will strengthen the struggle against these institutions and the ruling-class parties.

Therefore, to express, this June 7, the repudiation of the elections and the struggle for the appearance of our student teacher comrades, means promoting a big, militant movement for the cancellation of the vote. This, as part of once again promoting the mobilization, headed by the workers from the city and the countryside, against this murderous democracy and the plans of imperialism. May we be millions that, this June 7, will repudiate the electoral trap by writing, "We are missing 43 people."