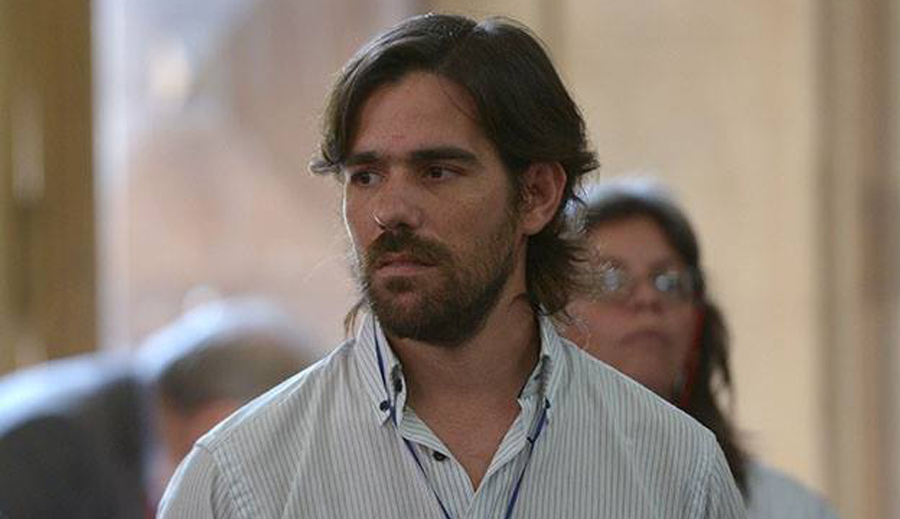 On February 27, during the national day of protests for the acquittal of the Las Heras oil workers, the Security Secretary Sergio Berni oversaw the attacks of the security forces against the pickets and roadblocks. The PTS played a major role in these protests with the participation of its MPs, working class leaders and student organizers. The police repression saw three comrades arrested (who were all released later that evening) and a media campaign against the militant roadblocks and the protests in general. A special target of these attacks was the member of Congress that belongs to the Left and Workers’ Front (FIT), who Berni argued should be recalled from his seat. In tune with this reactionary line, President Christina Kirchner aimed her parliamentary speech of March 1st at the protesters who took to the streets on February 27th and at those who are fighting for the acquittal of the convicted Las Heras workers. Kirchner specifically named the “PTS and its red flags” and appealed to the congress for a law to put an end to street and road blockades by protesters. This is nothing but a further step in the policy of criminalizing protest the Kirchner government has been pursuing. In the following press release, MP Nicolas del Caño, member of the PTS in the Left and Workers’ Front, replies to the President’s attacks.

"The President not only continued the attack started by Berni last Thursday against our party, the PTS, and our seat in Congress, but developed it further. But even worse than this was the fact that she has taken a stance in defence of the outrageous verdict of the trial in Santa Cruz which condemns the convicted Las Heras oil workers to life in prison, a verdict reached without any proof and with testimonies obtained through torture”, decried the Left Front MP Nicolás del Caño.

Del Caño stated that “the attack on the PTS and its red flags is absolutely consistent with the policies that the national government are putting in place - cuts to wages, tax hikes, public transport fare increases and the criminalization of protest – in short, right-wing policies”.

“Cristina (Kirchner) used her nationwide broadcast to throw insults at the left and to blatantly lie about the life sentence verdict that weighs on the shoulders of the Las Heras workers, a verdict rejected by hundreds of national and international personalities, such as the Nobel Peace Prize winner Adolfo Pérez Esquivel, Osvaldo Bayer, Nora Cortiñas and even union leaders close to the government like Hugo Yasky (national leader of the CTERA, national teachers’ union) and Roberto Pianelli (delegate of the Buenos Aires underground). That’s why we are going to demand a right of reply through the ‘Television Pública’ (the national public broadcaster), we are going to expose the truth”, demanded the deputy for the province of Mendoza. .