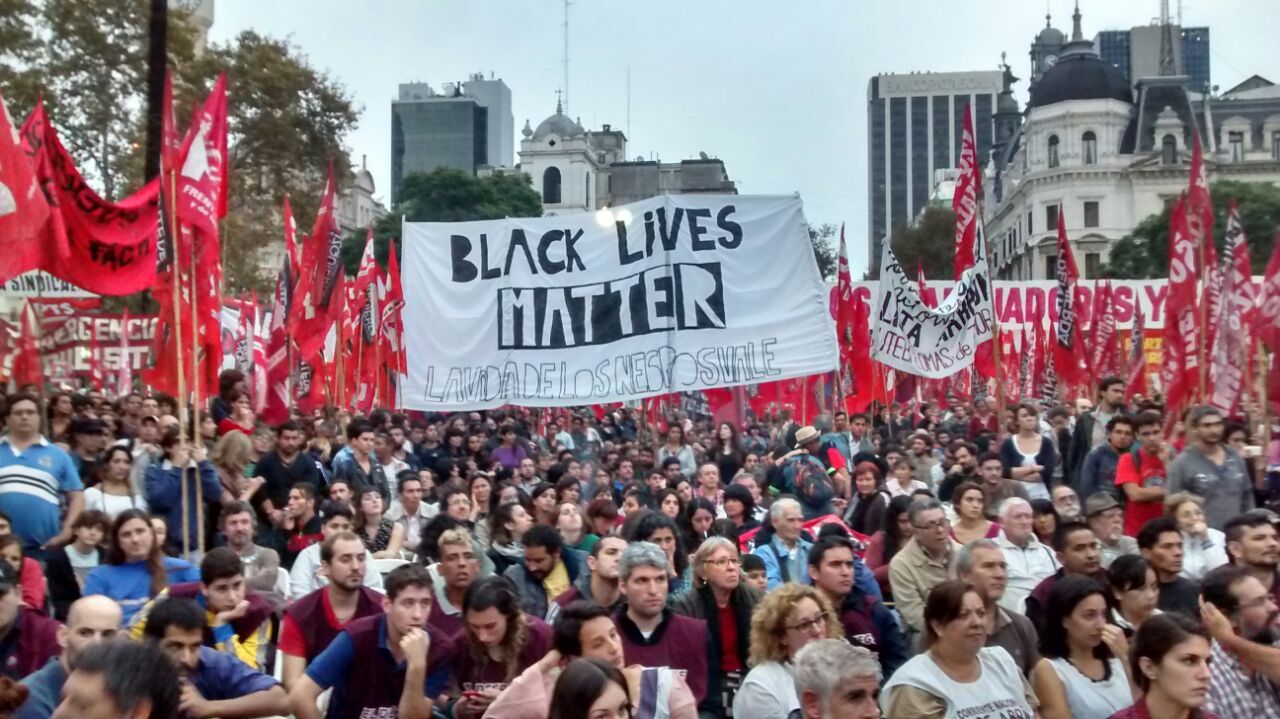 We, the Youth of the Partido de los Trabajadores Socialistas (Socialist Workers’ Party) in Argentina, raise our voices with you, the youth in the streets of Baltimore, just we have with youth of Ferguson and many other cities across the U.S. We stand in solidarity with all the young people fighting against the brutality of the cops that is killing black people in US, and which is practiced against youth throughout the world. In our country, we raised our voice for Luciano Arruga, who was killed for refusing to participate in a robbery organized by the cops. He was disappeared for more than 5 years and a few months ago his dead body was found.

The state maintains a system which excludes most African Americans from the so-called “American Dream”. But not all African Americans are suffering this oppression, certainly not Obama and the so called "community leaders" like Al Sharpton, who together with other mass media, are criminalizing your protests and calling for the “peace”. They don’t want your anger, that is a result of years of oppression, to be expressed.

They do this because they are afraid of the mobilization of the workers and the poor, who have taken to the streets to put an end to the impunity of the cops. There are important examples of the alliance that the youth and the workers need in order win their demands, such as the protests held in many other cities as part of #BlackLivesMatter, or the strike led by the dock workers in Oakland in solidarity.

The youth of the PTS, as part of the FIT (Left and the Workers’ Front), join our voices with yours and denounce the curfew in Baltimore and the repression carried out by the National Guard and the State Troops.

In Argentina, we fight against police repression that directed against the poor and the youth, known here as gatillo fácil or trigger happy cops, and we are proud and are willing to fight when we see that you are also fighting in Baltimore. That’s why we offer our strong support from the parliamentary seats of Nicolás del Caño and Christian Castillo, and from the Human Rights Layer Myriam Bregman. We also send you our solidarity from the student unions of the schools of Social Sciences, Philosophy and Literature, and Psychology at the University of Buenos Aires (UBA). Our comrades Jorge Medina, from Madygraf company (the former Donnelly factory, today under workers’ control), Ruben Matu from the autoparts factory Lear, and many other leaders from the anti-bureaucratic and combative workers’ movement in our country, are also joining your fight and sending their solidarity.