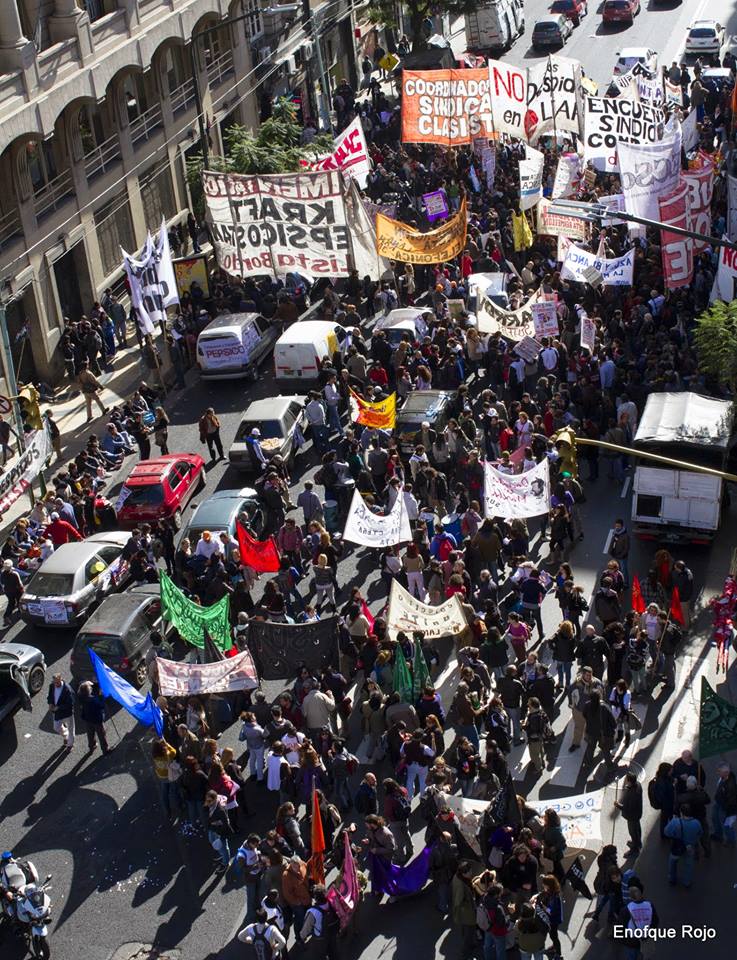 Wednesday morning, when the national day of action by Lear workers was starting and rallies and demonstrations were taking place all over the country, the company didn´t let four workers enter the factory. Yesterday these workers were forced to sign a petition against their delegates, but they refused to sign it. Today they were dismissed, making the existing struggle even tougher.

The Company and SMATA Union leaders are supposed to be “negotiating” the reinstatement of 30 or 40 workers that belong to the bureaucratic list (Green list, which leadership is held by Pignanelli). The commisión interna (shop steward commission) and the rest of the dismissed workers are not being invited to these meetings. With this the bureaucratic leadership and the company are pretending to be willing to negotiate, while the management continue to attacks its workers.

The workers that are fighting will decide in an assembly Thursday 17th a new series of actions against these new attacks.