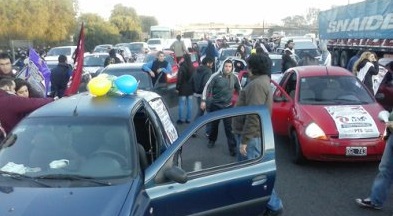 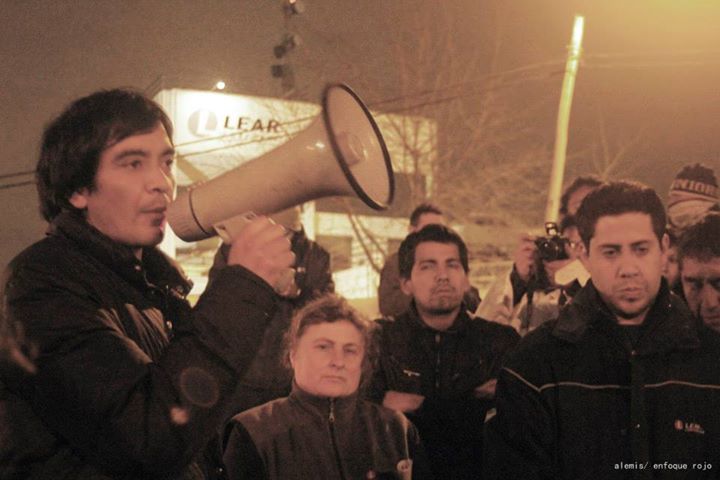 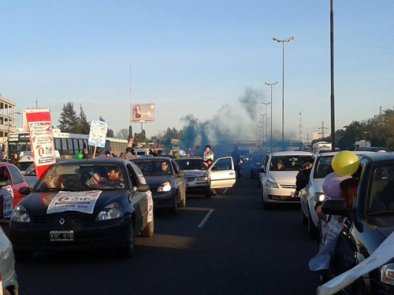 LEAR: 07/16 , National Day of Action with rallies and demonstrations

Lear workers will carry out a National Day of Action with rallies and demonstrations on Wednesday July 16th. At 5 am a rally will be held at the factory gates at Pacheco (an industrial district in northern Buenos Aires); later they will hold a demonstration in front of Ministry of Labor’s Office in Buenos Aires city.

We have taken this decision in a workers’ assembly after we learned that there would be a hearing at Ministry of Labor on July 16th at 10:30 am, with the Lear executives and SMATA’s leadership. Our comisión interna (shop steward commission) wasn’t invited to the hearing, even when they are going to talk about the over 100 workers dismissed, a situation the company has told it will reconsider, and evaluating the workers’ reinstatement. The SMATA union leadership and the Company already started a negotiation in several hearings, without even informing the workers’ delegates. At the same time, comisión interna (shop steward commission) has been informing the union about every attack workers and their families have received.

In this hearings, the SMATA complains about the illegal layoffs and it’s asking for the reinstatement of all the dismissed workers, but they say anything about the bosses’ violations of workers’ rights, about the company denying the entrance of the comisión interna (shop steward commission); moreover, they haven’t done anything to answer our claims.

During the last hours, the justice has given two new precautionary measures that order the reinstatement of the delegates, but the company still fails to comply the orders given by the National Labour Court. At the same time, on July 17th workers’ suspensions with no pay will expire. So these workers should get back to work at a factory that has been occupied by Buenos Aires Police.

Workers have received an unanimous support from thousands of workers, teachers, professors, students, neighbours, human rights and social organizations, deputies and legislators from all over the country, artists, intellectuals, churches and even personalities and organizations from other countries. This support has strengthened our struggle to get the reinstatement of the comisión interna (shop steward commission), all the dismissed workers. This support has only widened after the police beat up workers, students, and women in Panamericana highway roadblock last week. Human rights, unions, students’ and left organizations held a Public Meeting at National Congress last Friday to condemn the police repression.

We are calling all the organizations, workers, students and neighbours to take part in this big national day of action. We need to stop layoffs and dismissals in Argentina. We won’t let workers’ and their families be thrown in the streets!