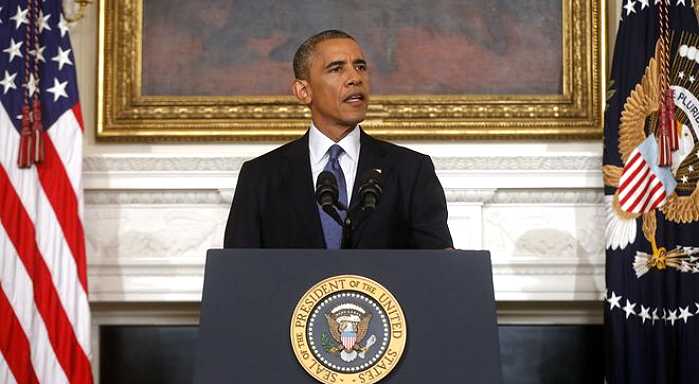 While President Obama is enjoying his vacation, US airplanes and drones are again dropping tons of bombs on Iraq. This new military venture of the United States in the Middle East began on Friday, August 8 and has as an objective: stopping the advance of the so-called Islamic State of Iraq and the Levant, or just Islamic State, that, since June, has occupied about one third of the territory of Syria and a fourth of that of Iraq.

According to Obama, what motivates these bombings is protecting Christian groups and those of the Yazidi minority (a group of the population that professes a different religion), savagely persecuted by the ISIL, this new "Frankenstein", that emerged from a detachment of the Al Qaeda network during the US occupation of Iraq.

In light of US support of Israel’s massacre in Gaza, never before has the supposed "humanitarian justification" for this new imperialist attack turned out to be so hypocritical, less than three years since the US withdrew its ground troops, putting an end to one of its worst post-Vietnam military nightmares.

The collapse of the precarious system of government that the US left in Iraq could lead to the partition of the country into three parts, among Kurds, Sunni and Shia, and intensify religious and ethnic conflicts with regional repercussions, as is seen in the reactionary civil war in Syria and the disintegration of Libya.

Since the 1991 First Gulf War, the US has kept an almost constant state of war in Iraq. This militarist policy took a leap with the "War on Terror" of Bush and the neo-conservatives, with which US imperialism was seeking to "redesign the map of the Middle East" and get another century of US control. This endless imperialist war continues under the Obama administration.

The situation in Iraq is extremely unstable. The war and subsequent US military occupation of Iraq, that extended from 2003 up to 2011, not only produced hundreds of thousands of dead civilians and a lot of destruction, but exacerbated the conflicts between the Shia majority, that had been oppressed by Sadam Hussein’s regime, just like the Kurds, and the Sunni minority that had monopolized state power for decades. In this way, with a classic policy of "divide and rule," the US, in alliance with the reactionary Shia leaders and Iran’s approval, managed to break up the initial national resistance to the occupation – that united radicalized Shia and Sunni groups – and divert the process towards a bloody civil war.

With the fall of Hussein and the prohibition of the Ba’ath Party (a party of nationalist origin that was the main political support of Hussein’s dictatorial regime), the Shia and the Kurds used the US invasion to keep control of the state and, in this way, to profit from the exploitation of the enormous oil wealth of the country.

The US tried a precarious balance of distribution of power among Sunni, Shia and Kurds. But this engineering lasted a short time and, as soon as the US soldiers went home, the former allies became enemies. In 2011, Prime Minister al-Maliki, belonging to a conservative Shia party, unleashed a brutal repression against the Sunni, who, inspired by the Arab Spring, went on to mobilize massively against the conditions of oppression to which the central government was subjecting them.

On this enormous resentment of the Sunni minority grew a completely reactionary force, the so-called "Islamic Army”, that further destabilised the precarious Iraqi government, made its armed forces flee and took control of some of the oil regions, as well as sophisticated weaponry provided by the United States.

In this context, Obama’s administration used the pretext of persecution by the Islamic Army against the Yazidi, the new victims of the civil war that developed during the US occupation, to launch a new military attack, and, at the same time, remove the Prime Minister, al-Maliki, who had become an obstacle to US plans to stabilize the country under the domination of reactionary forces which share its interests.

The situation in Iraq is a sign that US power is in decline. After Bush’s disastrous wars, Obama’s policy is to limit military action to aerial bombings and to provide assistance to local forces, like the Kurdish militias that, in pursuit of their own interests, agree with US objectives. But the dynamics of the conflict are still open, and now the US media are talking about an operation that could last for months. Faced with an increasing inability to impose its will on the Middle East, the US finds itself forced to rely on conflicting alliances of rival powers, like Saudi Arabia and Iran, to try to stabilize the situation.

The defeat of the first phase of the Arab Spring with the coup d’état in Egypt and civil wars like that in Syria without a doubt was a big setback for the workers and the masses of people of the region.

Nevertheless, the persistence of the Palestinian national resistance and the enormous international repudiation of Israel’s criminal action in the Gaza Strip may be signs that a new imperialist war, far from stabilizing, is again lighting the fuse of protest.