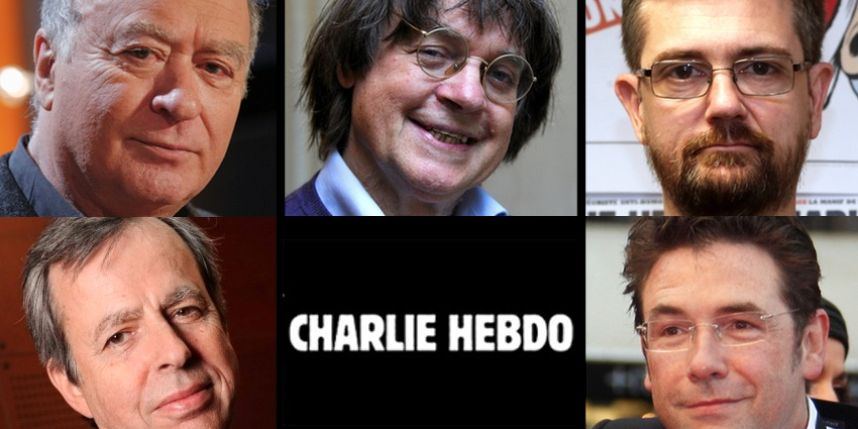 Condemnation of the attack in Paris

Against the reactionary and obscurantist madness: against the "Sacred" and Islamophobic "Union"

With astonishment and grief we got the news of the attack that occurred this morning in the offices of Charlie Hebdo, a renowned progressive satirical weekly publication. We offer our condolences to the families, relatives, and colleagues of the journalists murdered by a commando group of two armed men. According to some witnesses, they acted in the name of Islam. The video, "Avenge the Prophet," which is an almost certain reference to a publication of cartoons of Mohammed in 2006, appears to indicate the same thing. This publication provoked many threats.

In these moments, shock is increasing in the population and among the progressive circles to which these journalists are connected. We revolutionary Communist militants must not confuse this shock with the way the government, the Socialist Party, the right-wing opposition and the far right are trying to exploit it.

These individuals and their possible accomplices mainly embody the most reactionary and backward obscurantism. An obscurantism financed, directly or indirectly, by the petro-bourgeoisies and the petro-monarchies of the Gulf, allies of the Western powers, but that are trying to obtain a benefit for themselves from the economic and geopolitical crisis, that characterizes the international situation. This obscurantism is, in turn, fed by the imperialists that, since 2001, have intensified, in the name of "democracy," a reactionary offensive all along the line, through their military interventions, their criminal occupations, and their support to the racist and colonial policy of the Zionist State of Israel.

The attacks and the murders of the journalists are an attack against the fundamental freedoms and, at the same time, an attack against all the poor classes, beginning with the Muslim Arab groups themselves. At this moment, there is a real "regime" of all the bourgeois parties and the communications media against the Muslims and the young people of the impoverished neighborhoods. This regime is going to try to use these abominable crimes to set up a climate of fear and panic and thus to fragment the exploited groups even further, leaving to the ultra-right wing and its "rabid dogs" the job of fingering the "bad French people," the Muslims, the Arabs, and the young people from the poor neighborhoods.

The worst nightmare would be for this break to be set up permanently within our class and among the young people. For this reason, it is necessary to reject any "sacred union" with the forces of the regime, not only with Hollande’s government, but also with the "Republican" forces, whether they are from the right or "socialists." Accordingly, we will not participate in any "sacred union" with those who make things easier for racism, Islamophobia, the stigmatization of the foreigner through the anti-popular policies implemented by the successive governments and the imperialist interventions, that were orchestrated and endorsed by all of them.

Those who create racist laws and laws that destroy freedom, are our enemies, the enemies of the classes of the poor and of the workers’ movement. They want to use the attack and to make use of the banner of "democracy" to call for a reactionary unity. At the same time that we repudiate the savage attack and show our solidarity with the victims, we declare ourselves against any "sacred union," against the Vigipirate (an anti-terrorist alarm system that is used in a racist manner), and against Islamophobia, and we encourage participation in the march launched by the CGT, at 5 p.m., in the Place de la République.