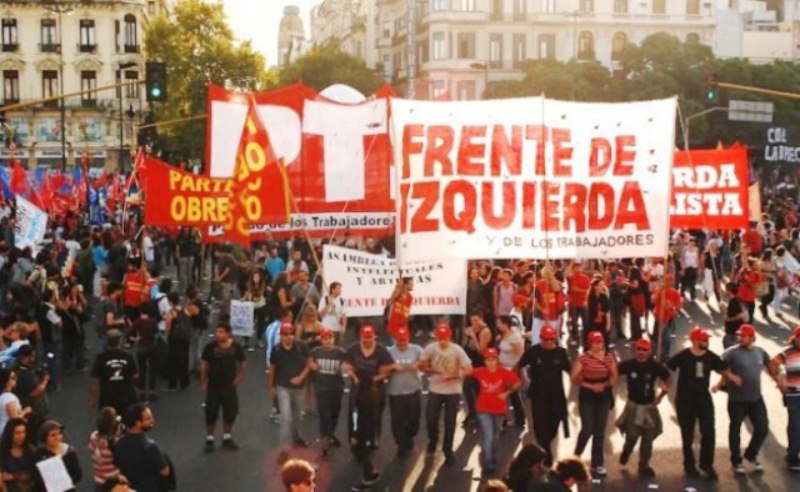 On May Day, the Frente de Izquierda (FIT, the Left Front) will be organising public rallies in the Plaza de Mayo, Buenos Aires, and other places in the country to commemorate International Workers’ Day. May 1st is a day of struggle, not for celebrations; it was established more than 120 years ago as an international day of action in memory of the Martyrs of Chicago and their fight for an eight-hour working day, among other demands. In the 21st century, the labour movement still has much to fight for. Capitalism can bring nothing but misery.

In Europe, the capitalist crisis has generated a huge number of layoffs and closures; there are six million unemployed workers in Spain alone. Those who are lucky enough to keep their jobs are seeing their living standards deteriorate. In the US, overexploitation of youth, black people and immigrants is rife. In poor or semi-colonial countries like ours, in spite of years of economic growth, the plight of the workers continues. More than half of employees in Argentina earn less than 3,000 pesos, while employers are making massive profits as president Cristina Kirchner herself has recognised. That is because she rules for the capitalists, not only for the domestic ones but also for the imperialists. She pays international creditors with money taken from the ANSeS pension scheme, and hands over natural resources such as mining to British companies. The financial sector pays very little tax, while the tax on earnings continues. Cristina Kirchner has capped wages during the collective negotiations and is allowing inflation to undermine salaries. We must confront the capitalists and their government. The union bureaucracy looks away. Neither of the two CGTs, nor the two CTAs, intends to fight seriously. They have left the teachers’ struggle isolated. The trade union leaders accept the salary cap ordered by the Peronist government, while the right win opposition applauds. We must sweep all the bureaucrats from our unions.

In spite of everything, teachers are continuing their fight in Neuquén and we must rally to their cause. The government is repressing any sign of protests and more than 4,000 activists have been prosecuted, many on the basis of evidence obtained illegally when military intelligence was spying on activists – the case is known as ‘Espionje X’. In some cases, even functionaries like the deputy minister of Labour Noemi Rial, have prepared judicial proceedings as shown in the trial of four union leaders from Garrahan Hospital.

Recently, Carlos Tomada, the Minister of Labour, was involved in a secret telephone conversation with the former trade union bureaucrat José Pedraza, who has been charged for his involvement in the death of Mariano Ferreyra, a young activist who was killed by a group of thugs sent by Pedraza.

Against this backdrop, the FIT on this May Day calls for public meetings in different cities thorough the country to fight Cristina Kirchner’s government because of its anti-national and anti-working class character. At the meetings we will also be denouncing the spying on and persecution of political activists. We will be denouncing the reactionary anti-terrorism law and the reform of the legal system. We will be a voice against the trade union bureaucracy and will be calling for a life sentence for Pedraza and his gang. We are also demanding full compensation from the state for those affected by the floods, and that those responsible for the deaths during the recent floods are punished.

The FIT calls on all workers, students and youth to demonstrate this May 1 against the evils of capitalism and for a left and labour alternative, for a socialist and internationalist alternative to the current crisis. Jorge Altamira of PO (Partido Obrero), Christian Castillo of PTS (Partido de Trabajadores Socialistas) and Juan Carlos Giordano of IS (Izquierda Socialista) will speak at Plaza de Mayo.