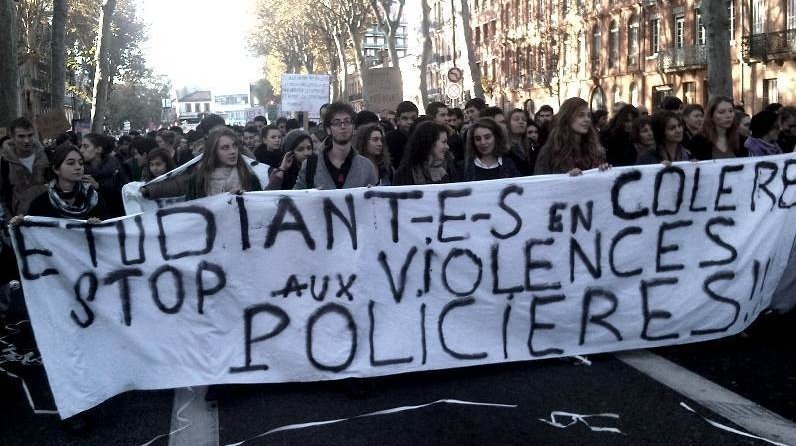 On April 1, 2015, the court issued the verdict of the appeal against the conviction of Gaëtan, a trade union activist of the student movement Solidaires étudiant-e-s and a member of the NPA in Toulouse, France. In December 2014, Gaëtan had been given a suspended two-month prison sentence, and ordered to pay a fine of 1,100 euros, for participating in a demonstration to protest against the death of a young environmental activist, Rémi Fraisse, who died after being hit by a grenade launched by riot police on October 26, 2014.

The verdict of the appeal court made things worse, since Gaëtan was now sentenced to two months in jail with a further four months suspended, as well as having to pay the fine of 1,100 euros. Other activists had their original sentences confirmed too and they also face imprisonment.

The sentences take place against the backdrop of the escalation of repression and criminalisation of social protest. Examples of this in Toulouse are the eviction of the anti-Sivens dam protesters from their camp, the militarisation of the city when there is a demonstration, the eviction of the CGT from their office in a social centre, and the banning of a meeting in support of the Palestinian people. The Hollande and Valls government, as well as Sarkozy’s UMP, want to justify this ‘exceptional’ situation in the context of the ‘spirit of January 11, 2015’ – a reference to the attacks on the offices of the satirical magazine Charlie Hebdo and on a kosher grocery store in Paris. The same people who yesterday spoke in favour of the freedom of expression now want to jail young activists for participating in protests. The message is clear: anyone who dares to challenge the exceptional measures in place will pay dearly.

At the same time, the police agents responsible for the death of Rémi Fraisse are waking free and unpunished. Two police officers involved in the death of Zyed Benna and Bouna Traoré were acquitted almost ten years after the event. The deaths of Zyed and Bouna in October 2005 triggered riots on the run-down estates in Clichy-sous-Bois, north of Paris, where the boys lived, which soon spread across the country. Even when police officers have been sentenced, they have escaped jail. This was the case in the killing of Malik Oussékine in 1986. Malik had been participating in mass student protests in Paris against university reforms when he was arrested and subsequently died in police custody. In addition, the agent who fired a flare at a crowd of students in 2010, which led to one student losing an eye, was not sent to prison.

Say NO to this miscarriage of justice! Over the next period the defence team has to decide whether they are going to appeal to the High Court. If the sentence is maintained by the High Court, the judge could either enforce the appeal sentence or revert to the original suspended sentence.

We express our solidarity with Gaëtan and all activists facing charges, and our condemnation of the imprisonment of those participating in protests.