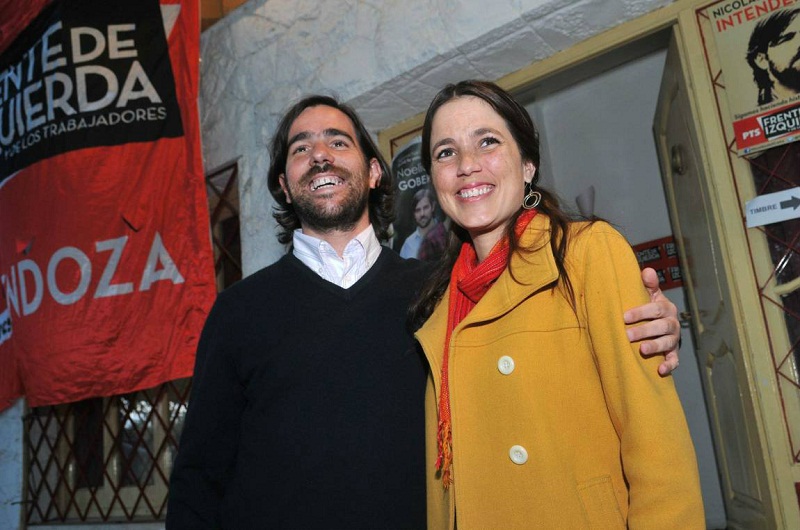 After the primary election last Sunday, Barbeito became the only candidate who will face traditional parties in the western province. Last night Noelia Barbeito was joined by Nicolás del Caño and Christian Castillo, both of them Left and Workers’ Front’s legislators at the headquarters of PTS/ Left and Workers’ Front in Mendoza.

The winner of the election was Alfredo Cornejo (Frente Cambia Mendoza, a wide coalition of center-right opposing parties), with almost the 44.91 per cent, and Adolfo Bermejo (Frente para la Victoria, Kirchnerist party) came in second place with the 40 %. Bermejo was supported by President Cristina Fernandez Kirchner. Mendoza represents a win for the opposition parties and a loss for the President and her party.

Only three candidates will reach the general election on June. Barbeito noted, “Left and Workers’ Front is the only choice for working people against bosses’ parties. Cornejo and Bermejo are the local expression of neoliberal candidates like Macri (opposition) and Scioli (current administration). That is why we are calling those who voted for Carmona or Roby –candidates that will not get to participate in the general election, and those who reject the political elite, to vote for us at the general election next June 21st.”

Once again, Mendoza’s voters contradicted the idea that nobody supports left candidates for executive positions. This is the second time this year Left and Workers’ Front has received popular support for an executive position. The first one was Mendoza City’s election for mayor, when Nicolás del Caño came in place (14 % of the vote).

These results, along with the strong performance of the left in Salta (7 percent), build a great momentum for the left in the upcoming elections next weekend in Buenos Aires City and Neuquen (southern province).