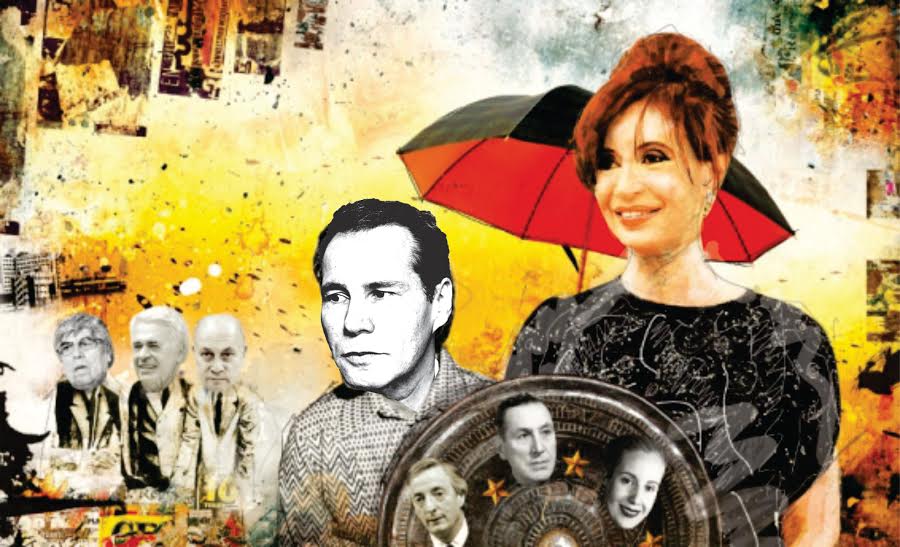 On the Death of Alberto Nisman and The Crisis of Kirchnerismo

The political crisis which has unfolded after the death of special prosecutor Alberto Nisman is, without a doubt, one of the greatest obstacles faced by the Kirchner government in over a decade. The events surrounding the case will certainly have significant implications for Kirchner’s faction of the peronist Frente Para La Victoria party, which has governed since 2003, ahead of this October’s presidential elections.

Who was Alberto Nisman?

In 2004, Alberto Nisman was tapped by the late Nestor Kirchner, former president and husband of Cristina Fernández de Kircher, to take over the investigation into the 1994 terrorist attack on the AMIA (Argentine Israeli Mutual Aid Society) community center in Buenos Aires. The brutal attack took the lives of 85 people, and injured hundreds more. In the ten years since the bombing, there had been no convictions and all 22 suspects charged were declared innocent for lack of evidence. Both the judge and the prosecutors in the case were later formally accused of covering up evidence in the case.

On January 14 of this year, Nisman appeared on prime time television denouncing the government and President Kirchner for covering up the involvement of the Iranian government in the attack. Four days later, Nisman was found dead in his apartment by gunshot wound to the head.

During his interview, Nisman had alledged that the Kirchner government had agreed to not bring charges against Iran in exchange for continued oil shipments to Argentina. Since 2013, the two countries have moved closer together and strengthened their economic ties. It was also that year that both countries signed a Memorandum of Understanding to jointly investigate the AMIA bombing. Yet the "facts" presented by Nisman, which finger Iran as the author of the attacks, are dubious at best.

The Role of the U.S. and Israel

After Nisman was tapped to head the investigation by Nestor Kirchner in 2004, his primary source of information became an agent of the SIDE (Secretary of State Intelligence) Jaime Stiusso. Stiusso, in turn, received his information directly from the Israeli intelligence agency Mossad and the CIA. According to cables released by Wikileaks and obtained by the journalist Santiago O’Donnell, Nisman was instructed to pursue Iran as the author of the bombing, and ignore leads which pointed to Syria, by the U.S. embassy.

The servility of Nisman toward the U.S. and Israel has a geopolitical explanation. In 2003, Bush targeted Iran a target of his doctrine of preventative war. During those years, the government of Nestor Kirchner, and later Cristina Kirchner, obediently toed the American line on the so-called war on terror and did not object to the findings of the special prosecutor Nisman, even though they were built solely upon the testimonies of intelligence agencies from nations with strong interests in the outcome of the investigation and a later discredited Iranian "dissident". It was also during that period that the Kirchner government, at the request of Washington, approved the anti-democratic Anti-Terrorism Law.

In the days after Nisman’s death, in order to overcome the crisis of legitimacy it suddenly faced, Kirchner announced that the SI (formerly the SIDE) would be shut down and a new agency called the AFI (Federal Intelligence Agency) would be created. However, the AFI retains many of the same characterists and personel as the old SI, and the SIDE before it. It will keep its budget and its military and police spies with only minimal judicial oversight. César Milani, an Army Chief, who has been accused of disappearing a soldier during the military dictatorship, has been named as the new director.

The continuity from the represive aparatus of the military dictatorship of 1976-1982 to the present intelligence aparatus is indisputable. Some events demonstrate the continued repression and persecution of the left which has taken place under the Kirchner governments: the disappearance of Jorge Julio Lopez, a worker imprisoned during the dictatorship, who went missing just hours before he was set to testify against Miguel Etchecolatz in 2006 (war criminal) during the last dictatorship, or Luciano Arruga, a teenager who was disappeared after being taken into police custody in 2009. We can also note the more than 5,000 activists and workers who have been prosecuted for taking part in struggles and protests, the infiltration of social movements and workers’ organizations as part of Project X, not to mention the imposition of the Anti-Terrorism Law.

The Awakening of the Right-Wing Opposition

The death of Nisman has energized the previously fractured and disorganized right-wing opposition in Argentina. Nearly every opposition figure with presidential aspirations, from Mauricio Macri, the right wing mayor of Buenos Aires, to the center-right legislator Elisa Carrió, to various opposition peronists and the "oppositional" union bureaucracy of Hugo Moyano and Luis Barrionuevo (leaders of one of the labor federations) have publically called for an investigation into the government’s role in Nisman’s death.

On February 18th, several opposition-aligned prosecutors, with the support of Macri, Carrio, and others, led a "march of silence" in downtown Buenos Aires. The opposition has opportunistically sought to characterize itself as a defender of human rights in order to challenge the Kirchnerists for power in the October elections. The reality, however, is that the right has played just as much of a role in the cover up of the AMIA bombing as have the Kirchners and it has just as many links to the repressive intelligence apparatus.

Given the opposition’s innumerable connections to the police, the military, and the various spy agencies, we cannot support the opposition-led march of silence.

One thing that is clear in this case is that the left and the fighting working class has been the primary target of the intelligence apparatus since its creation, no matter which faction of the ruling class has been in power. This was true during the era of the military dictatorship and it is true today. In recent years, the state sent the gendarmerie to repress the workers of the Lear auto parts plant defending their jobs, it has created the Project X to track the names and movements of activists and fighting workers, and it has prosecuted the striking workers of the Las Heras oil refinery.

To end the impunity, we call for the opening of all files related to ex-SIDE, the creation of a new, independent investigation commission into the AMIA bombing and the death of Alberto Nisman, the election of all judges, and a salary for judges no more than that of the average worker, demands that none of the organizers of the February 18th march have called for.