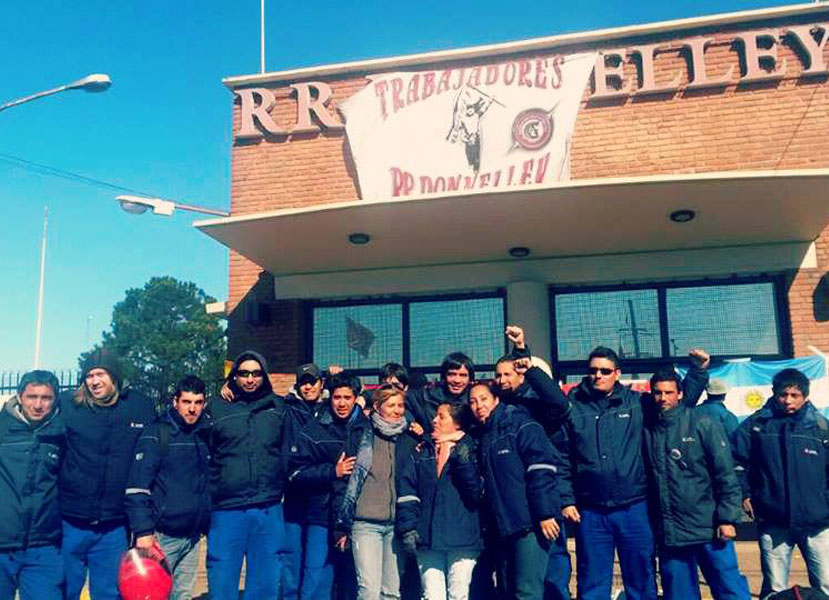 Lear and Donelley workers call for a fighting workers assembly

The workers of LEAR and Donnelley call for an end to dismissals and demand the division of work hours among workers.

Expropriation under worker control of every factory that is shuttered.

The capitalists, who made fortunes during recent years, must pay for this crisis.

No more persecution of workers representatives.

We must coordinate our struggles to fight back against the bosses that attempt to unload this crisis on the backs of workers with dismissals, furloughs, or factory closures. A clear example of this is the vulture American multinational Lear, which together with the SMATA union, ordered furloughs, and later, massive layoffs but was resisted by the workers and the shop stewards committee. The leadership of SMATA now brutally attacks the shop stewards who were elected by 70% of the workers.

Worse still is the American multinational Donnelley. On the morning of August 11th, its workers arrived to find the plant shuttered and abandoned by management, presenting a fraudulent bankruptcy notice, leaving all its workers jobless.

This is why the workers of Donnelley decided to occupy the plant – to save the jobs of its 400 workers and put the plant back into to production. We will not allow workers to be left jobless and for our families to go hungry.

In the Emfer and TATSA factories, the workers have been struggling for the nationalization of the plants, suffering severe repression at the hands of the Federal Police, in order to save the jobs of the hundreds of workers employed there.

These are just a few of the attacks being carried out by the bosses against the workers and the people. The government has collaborated with the bosses time and again, many of them vulture corporations like Lear and Donnelley, while attempting to impose caps on workers’ salaries, maintaining a salary tax, and sending the gendarmarie to repress us.

The union leaders in league with the government refuse to denounce this situation or to confront it. Those union federations opposed the government, on the other hand, refuse to call for a national strike of 36 hours, which is more necessary than ever today. This is why we believe we must coordinate our struggles with mutual aid and demand a nationwide strike of 36 hours to fight back against the dismissals and factory closures and support the the workers’ fights like those at Lear, Donnelley and Emfer, the teachers and all those who in the struggle.

For this reason, we call for a workers assembly on Saturday, August 16, at 12:00pm at the gates of the Donnelley Factory.