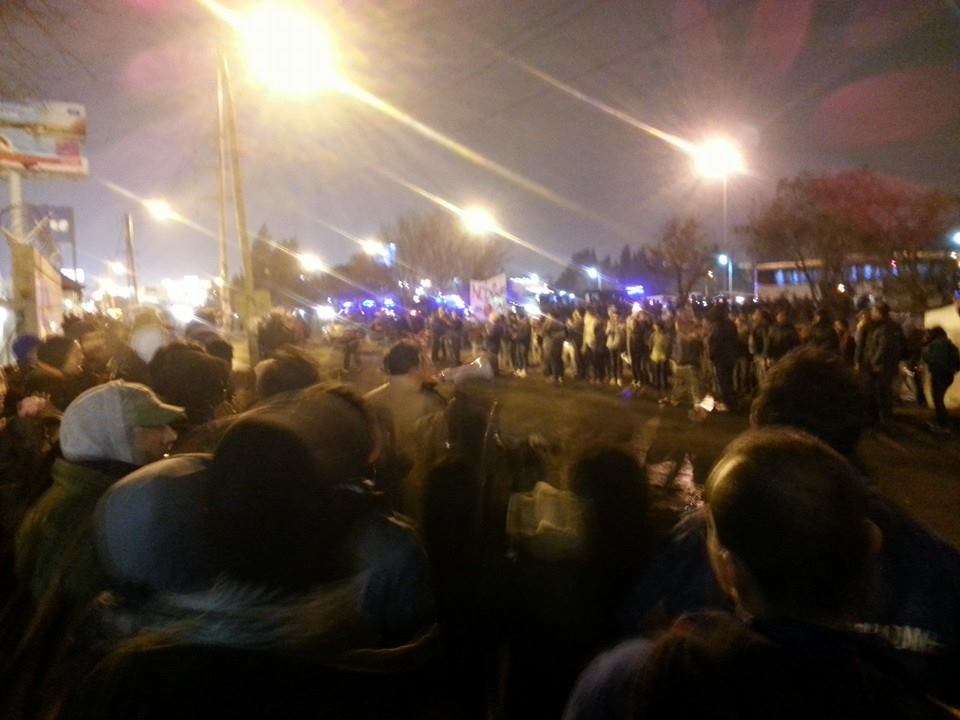 Given the increasing gathering of workers and students, the Provincial Police forces have withdrawn their hundreds of units which were intended to evict the picket lines at the gates of the car manufacturing corporation LEAR. But the order of the Judge Ricardo Costa and attorney Molina Pico are still firm, which allows to think of further repressive attempts.

In this way, we see that both national and provincial governments support a company that has carried out illegal action such as the hundreds of firings, laying off another hundred without any compensation. This company has also prevented the shop steward committee from entering the factory without any legal arguments. The Auto-Workers Union (SMATA) is totally in accordance with the bosses. The Labor Ministry, after having stated that the massive sackings were illegal, hasn´t taken any resolution against the company for violating worker´s rights.

The threat of repression seeks to break the resistance of the workers who stood up against this multinational corporation, which ended up in a total work stoppage by all the workers in the manufacturing plant.

We call all workers and peoples to resist the eviction attempts and we hold accountable the national and provincial government for the consequences of their actions.

They are both present at the camp outside Lear gates, together with the workers.