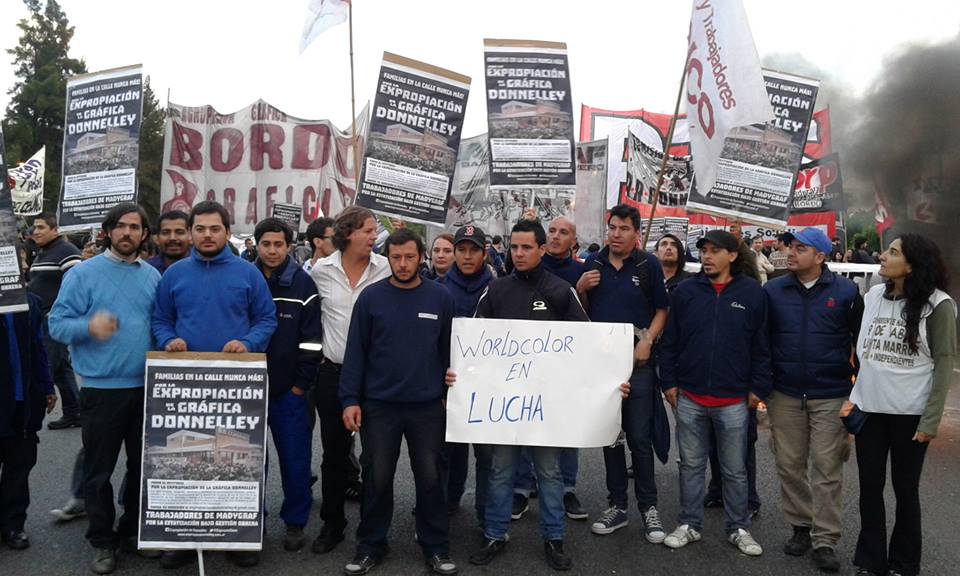 Leaders of the militant and left wing unionists and the left of Buenos Aires Northern area have informed La Izquierda Diario about the strength of the strike in the industrial area.

Leaders of the left and the militant trade unionism, Javier “Poke” Hermosilla from Kraft, learnt this morning that workers had joined the strike at most of the factories located in Buenos Aires Northern area, the biggest industrial area in Argentina.

Jorge Medina, from Madygraf (former Donnelley, printer company) noted, “In many of these factories there is a big influence of militant unionists, rank-and-file delegates and the left, but we need to highlight that the strike turn out is high in most of the unions; those who called the strike and those who didn’t. There’s a wide anger and discontent against the workers’ income taxes, but the workers are also striking against the inflation, for a salary rise, against dismissals and layoffs.”