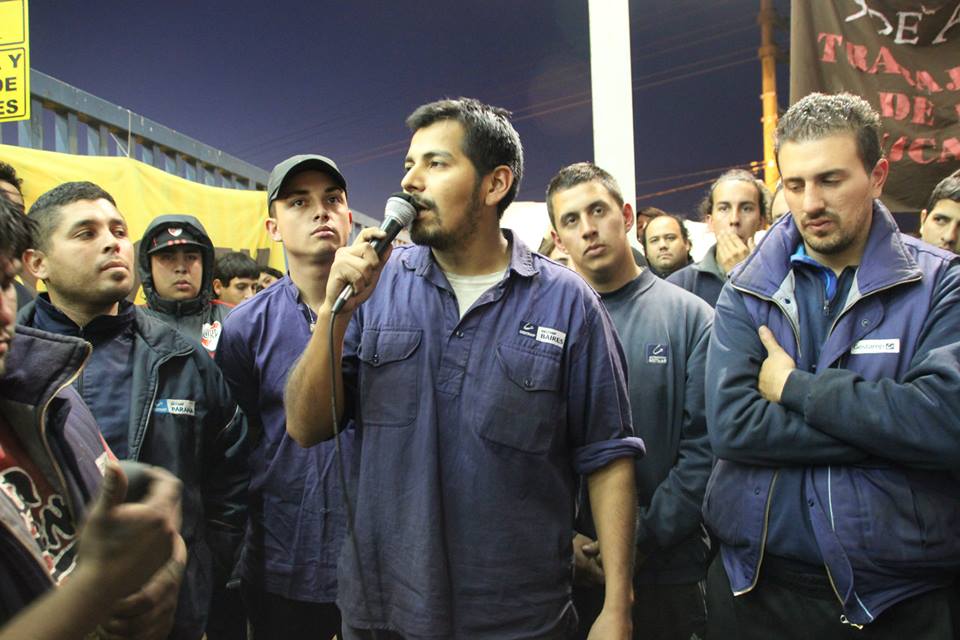 Gestamp: The Company is Maneuvering in Order To Avoid The Compulsory Conciliation

(Escobar. Buenos Aires province/ June 2, 2014) Roberto Amador, Gestamp reinstated worker, stated from the building’s door, “ the company’s managers told us today that there is no production because supposedly they are inspecting the facilities. We do not believe this; they had the entire weekend to fix everything and the truth is there was no damage. As anticipated in all the media outlets during the weekend, the company is maneuvering in order to avoid the compulsory conciliation. They are looking for a judge that will abide to the national government in order to prevent the reinstatement of the nine workers that occupied the bridge crane. Although they say our struggle stopped the entire automotive industry, today they are stopping production and we are here because we want to work. Now we are going to Campana, where there is a citation at the provincial Ministry of Labor to demand compliance with the agreement so we can all go back to work”.

He added, “the SMATA leadership is organizing a mobilization for Thursday. We have received many messages from our co-workers at Ford, Volkswagen and Toyota, telling us they are being intimidated by managers and supervisors, that if they do not go to the mobilization they will be fired. This mobilization is being driven by the company together with the bureaucracy, not by the workers.”